CALIFORNIA—On October 15, Wesley Brownlee, 43, was arrested by officers with the Stockton Police Department and booked at San Juaquin County Jail for the alleged murder of six individuals and the injury of another. Upon his arrest, Brownlee was wearing dark clothing and a mask around his neck. 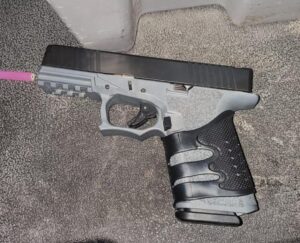 According to San Juaquin County Jail records, Brownlee has several open charges including felony murder, felony firearm charge of a felon-addict in possession of a firearm, felony possession of ammunition, carrying a concealed weapon in a vehicle, and carrying a loaded firearm in public under specific circumstances.

According to police reports, Brownlee drove his vehicle during the attacks where he would open fire on his victims while on foot.

“His pattern and preying were at some point to get on foot. Our surveillance team followed this person while he was driving. He was on a mission to kill. He was out hunting. We are sure we stopped another killing. We maintained eyes on his residence until he became mobile. We identified that he was posing a threat,” said Stockton Police Chief Stanley McFadden during a press conference.

He indicated the arrest transpired in two parts: tips from the public, and old-fashioned police work. He indicated tips from Crimestoppers helped officers “zero in on a possible suspect.”

The surveillance team was able to follow Brownlee, learn his patterns and interrupt what they believe to be his next kill.

“I want you to know how seriously I take these investigations,” Chief McFadden stated. “This morning SWAT team members hit Wesley’s apartment so homicide detectives could serve a search warrant. I was there with them. He also thanked the media for coverage and getting the word out.