UNITED STATES—Sir Trevor McDonald’s demeanour told the story. His body language – as tense and sombre as when he delivered the daily digest of human tragedy on the UK’s News at Ten – spoke volumes as Britain’s tennis knight, Sir Andy Murray, exited the Wimbledon stage at the hands of Sam Querrey.

Leading two sets to one, and ahead in the fourth, Murray’s hip injury diminished his performance, impeding his first serve and allowing his American opponent the opportunity to not only force his way back into the match, but to eventually go on and win in five sets.

A nation mourns as Murray, his face etched in disappointment, picked up on the casual sexism of his interlocutor in the gladiatorial arena of the post-match press conference. His dead-pan delivery was as devastating as his pre-injury play on the court.

As well as the physical recuperation, Murray has the mental disappointment to push aside. Perhaps the fact his defeat originated in physical pain makes it all the easier for he and his team to deal with.

Tennis, like boxing, is the most individual of battles; the mental extremes are more intense with the euphoria of victory higher than in a team sport, just as defeat sends the mood plummeting further.

It’s why the Lawn Tennis Association invests heavily in the field of sports psychology for players from what seems a young age. Roberto Forzoni, employed by the LTA between 2007-09, talked with sports editorial team at Betway Insider about the mental preparation players need to undergo across a gamut of situations, good and bad.

One of those is the anguish of defeat, from the titanic battles through choking and injury-induced such as Murray’s Wimbledon exit. The other side of the coin is also explored; avoiding complacency, remaining focused on the task at hand when you are vastly superior in technique or fitness, sometimes both.

Querrey, the number 24 seed at this year’s tournament, quickly picked up on Murray’s distress in the second game of the fourth set. Having been well-beaten in the tie-break for the third set (7 – 4) and then broken in the first game of the fourth, the American was sinking in a psychological fug.

Murray, ascendant and dominating, generated momentum but with his serves noticeably slower, Querrey had the opportunity to level the set. He took it; with some aplomb, returning all the Scot’s first serves. It was at this point the Californian’s own psychological training kicked in.

Footballers commonly claim playing ten men is harder than eleven. The side with reduced numbers works harder and is more focussed on not losing than before. While numerical advantage manifests in players being less exhausted physically at the final whistle, mentally both sides tire for different reasons.

The intensity of thought for the ten men is such that they will seize on mistakes from their opponents more ruthlessly than before. Knowing they are going to expend more physical energy than before brings a more calculated style of play to the fore. More pragmatic, if you like.

Querrey in that second game, faced the tennis equivalent. As he returned Murray’s first serve, the feeling that an opportunity was presenting itself emerged in his mind. The remainder of that game served only to reinforce that view.

An initial burst of energy reinvigorating his performance, saw him take that game, the next and the next. At that point, the feeling that Murray was struggling beyond suffering a minor injury settled in his mind and he saw Wimbledon glory ahead of him; this was a match which from a losing position, he was now expected to win. 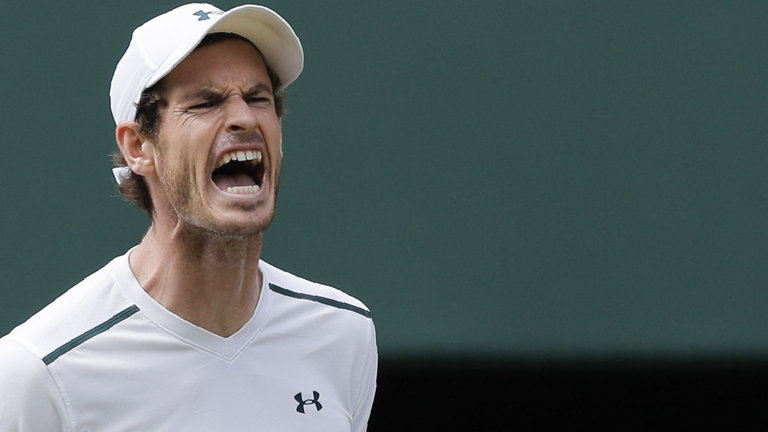 That change in fortunes is difficult to manage and presents a unique challenge. Complacency lurks in the darkest recesses as physical superiority is exerted on the court. Players must guard against that taking grip; the consequences can be devastating.

Had Querrey lost under those circumstances, he would have been labelled a ‘choker’. The World Number One at his mercy and he couldn’t handle the pressure of the moment. That tag would haunt him for the rest of his career.

Instead, the American ruthlessly exposed his advantage. He didn’t lose another game in the fourth set, levelling the match at two sets apiece with a 6 – 1 scoreline. As his confidence rose, Murray’s sank with the inevitability of defeat casting an evergrowing shadow in his mental landscape.

Querrey used his advantage well. That first serve where Murray’s injury became apparent was crucial. The underdog returned the less-powerful serve across court and the Scot didn’t respond. From then on, Querrey took full advantage, testing Murray’s restricted movement to the limit.

Crucially when Murray won a game in the deciding set, Querrey didn’t let self-doubt obscure his thinking. He saw the set out in the same fashion as the fourth; 6 – 1. It was a masterclass in the psychology of sport, underlining its importance, not just before and after matches, but also in the everchanging situations on the court or pitch.

And having mastered his situation quickly, Querrey concentrated on realising his dream.