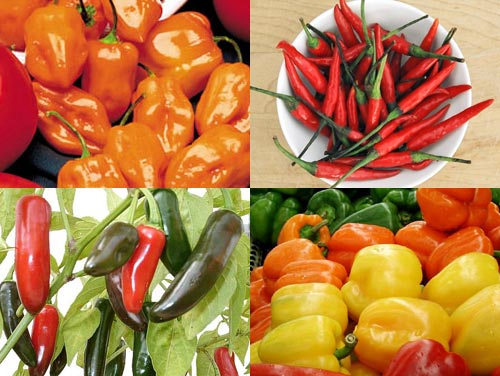 LOS ANGELES—A new fat burning product is set to emerge on the international market and take the slimming world by storm. The product’s key ingredient is already found on our shelves in the form of dietary slimming pills throughout the US and Japan. However, the new product is set to be added to normal foods such as bread and cereals, and be incorporated into a normal daily diet. Engineered by Tokyo food giant Ajinomoto, it is said to utilize a chemical naturally occurring in chili peppers, which is believed to promote weight loss by stimulating metabolism and by promoting fat oxidation.

So if chilies are really that effective at weight loss, what are the health implications?

Chili peppers have been around for centuries. They originated from South America as far back as 7500 BC, and later spread to Europe and Asia around the 15th century. India is now the world’s largest chili pepper producer. They are commonly used for adding a spicy kick to cooking and are a delicious additive that gives flavor to any dish. There are 25 different types of chili peppers, ranging from mild and sweet to super hot. Aside from their culinary uses, they have long been hailed for their medicinal purposes and have been linked to fighting influenza, disease and cancer by way of their natural antioxidant and antibacterial properties.

So for such an ancient, naturally growing plant, one must assume they are safe for human consumption as a food additive, right?

The key ingredient in chili seeds is capsaicin. Studies suggest that capsinoids, such as dihydrocapsiate (DCT), are responsible for boosting metabolism. “Effects of dihydrocapsiate on adaptive and diet-induced thermogenesis with a high protein very low calorie diet: a randomized control trial,” a recent study funded by the Department of Medicine at The David Geffen School of Medicine at UCLA, states that “Dihydrocapsiate (DCT) is a natural safe food ingredient.” Capsinoids stimulate and boost metabolism, release stress hormones and increase calorie burning through the central nervous system mechanism. They are known to promote lipogenesis and thermogenesis, and so increasing body heat, promoting fat burning and reducing fat storage in the body tissue. The report from the research concluded: “Extracts of CH-19(in the form of DCT) have been shown to increase body temperature, oxygen consumption, sympathetic nervous system activation, and to lead to weight loss in two studies.”

Ajinomoto spokeswoman, Naoko Obara said: “Most weight management aids focus on caloric intake. Capsinoids are unique in targeting the other side of the equation, the caloric output. DCT is not positioned as a ‘magic bullet,’ rather, it should be used as one piece of the overall weight management equation.”

It all sounds promising in theory, but what is the long term outlook for such a product?

It has already been passed by the Food Standards Agency in the UK, and is awaiting approval from the European Commission. Time will only tell before it hits our shelves over here in the US. The long term effects of a natural occurring chemical such as DCT in high doses are still unknown, and experts have expressed the need for more research.

We are bombarded with new diet fixes every day, and there has yet to be a miracle cure that allows you to eat what you want, help you lose weight and remain healthy. It begs one to question whether it will fall into the age-old trap of evolving into a money-making mission over anything else. I remain skeptical of any slimming aid, and stick by the belief that careful monitoring of food intake and partaking in regular exercise is the best way to achieve healthy weight loss. DCT might seem like the new holy grail of weight loss, but as we all know, too much of anything isn’t good for you. I might be tempted to increase the spiciness of my cooking, but I certainly won’t be sucked into another quick fix diet fad that has the potential to rise and fall as fast as the latest fashion trend.