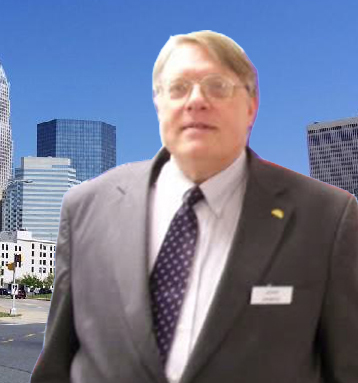 NORTH CAROLINA—Author, political activist and Canyon News opinion writer John Armor, who is known around his home of Asheville, N.C., as “Congressman Billybob,” died from colon cancer. John was beloved not only by his family and neighbors in North Carolina, but by his contemporaries at this newspaper. He was always active in politics, and John was a true lover of his nation. He was an old-school defender of the Constitution at its finest.

With the rise in the popularity of the Tea Party this year, John would often attend many rallies dressed as Benjamin Franklin, and always prepared to fight for his conservative beliefs. What made John such a wonderful writer was that even though he considered himself a Republican, he loved America much more than anything, other than his family, and he believed that both sides had something to offer to improve things in the United States.

Just as many in his hometown will tell anyone who asks about John, he was a conservative who never used harsh words of anger or resentment to make his legitimate arguments for what he believed was best for our nation. He loved the late Senator Barry Goldwater’s political style and his basic principles of making America strong by allowing the working-man to have his own money, lower taxes, get government out of our lives, out of the way of freedom and true democracy.

John’s lively columns with our paper stirred debate, but in a good way. He would give you his arguments, then smile and allow you to give your feelings and beliefs as well. He may have disagreed with you about politics, but there was nothing disagreeable about his personality or his style. He was a real gentleman.

An author of eight books, which range from fiction to an annotated version of Tom Paine’s most famous writings and to political history, his vast knowledge of so many subjects would often disarm his political allies and those who were against his political views. John loved writing, he loved politics, but unlike so many on both sides of the political spectrum today, he liked debate and discourse with honor and respect.

Even while John was going through treatments for his illness, the man we consider a journalistic giant, was doing his best writing on the many facets of today’s political situation. Never was John afraid to debate against or give an interview to someone of a different political persuasion. He was not only a strong advocate for the Republican Party, but he will be remembered as a man who loved everyone, whether they agreed with him or not. A friend of John’s, Ralph Roberts posted the following message on a political blog that says it best: “He truly was a good man and not enough people on either side listened to him. Our loss.”
John was married to his beautiful wife Michelle, and the couple loved their family. John Armor died on Friday, August 20, at a local hospital near his home in North Carolina shortly after submitting what was going to be his last article for Canyon News. His article titled, “The End of My Cancer” urges everyone to get tested in hopes of detecting cancers early, and it’s good advice from a man who was never afraid to tell the truth as he saw it. John Armor was 67. May he rest in peace.