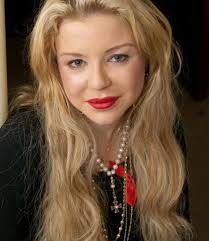 The unidentified female caller found 30-year-old Johnson in her guest house, and described her to be “ice cold,” and that her hands were “turning blue.” Two other unknown people were present at the time of the call.

Though the caller was not sure if Johnson’s death was suicide-related, she did reveal that the socialite often gets her medication “all screwed up.”

An heiress to the Johnson & Johnson Company, Johnson, who also has a 3-year-old daughter, was found dead in her mansion near West Hollywood on Monday, January 4.

Many of Johnson’s famous, childhood friends expressed their sadness on social, public networks such as Facebook and MySpace.

On the day of Johnson’s death, Paris Hilton wrote on her Twitter page, “I feel so sad right now, my heart is in pain. Just lost a longtime friend. My heart goes out to her family. R.I.P. Casey Johnson. Love you.”

On January 6, Hilton again updated her page, still about Johnson, and included a picture of them together from a previous gathering, along with her sister Nicky and other childhood friend Nicole Richie.

A Facebook fan page was made in support of  Johnson. The profile had 491 members and included many comments from her fans. Though a lot of people sent Johnson’s family and friends well wishes during their loss, others were more judgmental, and criticized her life and recent engagement to MTV reality star Tila Tequila.