UNITED STATES—U.S. Customs and Border Patrol agents apprehended and detained the largest group of illegal immigrants they encountered crossing the Rio Grande River at 4:00 a.m. on Wednesday, May 29.

According to a press release from the U.S. Customs and Border Patrol website, border patrol agents took 1,036 illegal immigrants into custody from the El Paso, TX-Sector between the Bridge of the Americas and the Stanton Street Bridge. It was the largest group from El Salvador or Honduras. The vast majority of the group were family members, including 39 single adults and 63 unaccompanied minors.

“The apprehension of 1,036 individuals in a single group – the largest group ever encountered by Border Patrol agents – demonstrates the severity of the border security and humanitarian crisis at our Southwest border,” said CBP Deputy Commissioner Robert E. Perez. “The dedicated men and women of CBP, and in particular the U.S Border Patrol, are doing their very best every day to address the influx of family units and unaccompanied children,’ said Customs and Border Patrol Deputy Commissioner, Robert E. Perez. 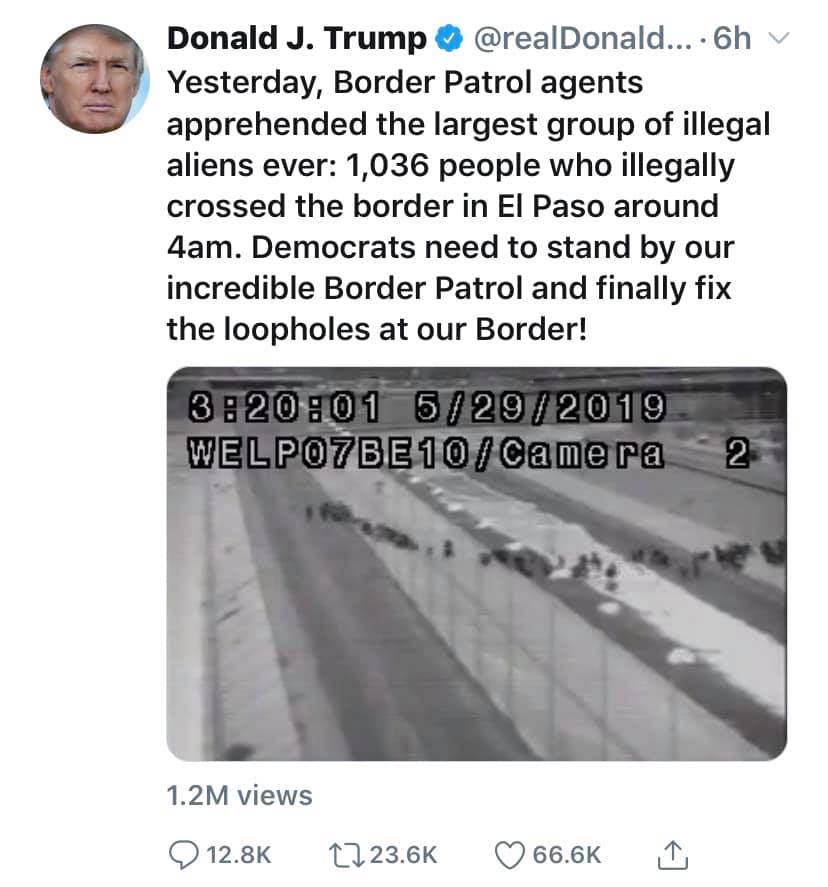 The illegal immigrants will remain in Border Patrol custody until they are processed.