UNITED STATES—The U.S. Customs and Border Protection (CBP) increased its number of facilities to hold immigrant families during processing. The CBP indicated in an update on Monday, May 20 that it constructed two steel frame buildings to use as shelters in El Paso and Donna, Texas to meet the demands of the increase of migrants crossing the border.

The new structures have been in place since May 2019 and are reportedly being used to house up to 500 individuals seeking asylum in each facility. According to reports, the new air-conditioned tent facilities have diaper changing tables and laundry facilities inside. 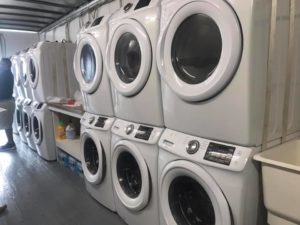 Chief Matthew Roggow, a U.S. Border Patrol associate indicated that there has been more than a 400 percent increase in family apprehensions since the 2018 fiscal year.

The CBP website depicts documentation of the rise in family apprehensions at the border with nearly 100,000 people apprehended in March and April 2019. A significant portion has been deemed  “FAKE families.”  A fake family is when illegal immigrants reportedly use a child, claiming to be a family to gain citizenship in the U.S. The child is later passed off to another family to do the same.

Children are being 'rented' and even kidnapped by illegal aliens to get into the USA. If Democrats cared at all, they would come together with President Trump and Republicans, to put this to a stop! Vid credit: The Epoch Times

News sources including ABC, NBC, MSN, and several others reported that President Trump intended to fly 500 migrants a month to Florida to help with the overflow of people on the southwestern border.

Florida Governor, Ron DeSantis indicated in a tweet that “there are no plans to send migrants to northern or Coastal Border facilities including Florida.”

“False reporting yesterday. “There are no plans to send migrants to Northern or Coastal Border facilities, including Florida.” @FoxNews Not by airplanes or any other way. Our Country is FULL, will not, and can not, take you in!,” said President Trump in a tweet.