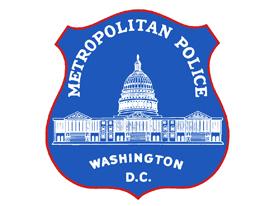 WASHINGTON D.C.—Singer and Hollywood Hills resident, Chris Brown, was released from custody Monday afternoon with his felony assault charge reduced to a misdemeanor after a physical altercation took place the morning of October 27.

The Washington D.C. Metropolitan Police announced that Chris Brown, 24, and bodyguard Chris Hollosy, 35, were arrested after assaulting an adult male outside the W Hotel located on K and 15th Street around 4:25 a.m.

The Grammy Award-winning R&B artist and his bodyguard were both originally charged with felony assault and the victim was taken to a nearby hospital with non-life threatening injuries until he was released later that afternoon.

Brown and Hollosy remained in custody for 36 hours until his bail hearing on Monday, October 28 where the assault charge was knocked down to a simple assault misdemeanor. Upon release, Brown tweeted “I love you TEAM BREEZY.”

The judge ordered Brown to report to his California probation officer within 48 hours and to stay at least 100 yards away from the alleged male victim, according to reports.

Court documents show Brown and Hollosy had a different interpretation of Sunday’s altercation and that Brown did not punch the alleged victim. According to Brown, he entered his tour bus after taking a photo with the women when the alleged male victim tried to board the bus and his bodyguard confronted the situation. The 6-foot-5 bodyguard, weighing at 240 pounds, said he and the alleged victim started to “tussle” when he stopped the alleged victim from following Brown onto the bus. Hollosy stated that he was doing his job of protecting Brown by punching the victim in the face.

The alleged victim was transported to a hospital and treated for a fractured nasal bone. The alleged male victim told TMZ he plans to press charges against the singer.

Brown tweeted that he was hosting “Homecoming Weekend” at the Park at Fourteenth venue in D.C. the night of his arrest. The event, ending at 3 a.m., was only blocks away from the site of the altercation.

Brown is still on probation from his 2009 domestic violence conviction against then-girlfriend Rihanna. If this assault charge is found to violate his probation, Brown could be sentenced to jail time.

Brown’s probation status hearing is set for November 20 before Los Angeles County Superior Court Judge James Brandlin. Brown admitted himself into rehab on Tuesday, October 29, in Malibu to seek treatment for his anger issues, according to reports.