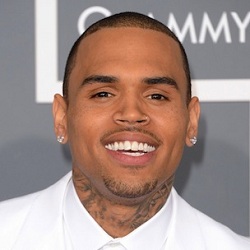 MALIBU — Singer Chris Brown was ordered by a judge to serve 90 days in a rehab facility on Wednesday, November 20.

Brown was in court in relation to a previously scheduled probation hearing as a part of his 2009 conviction of assault against former girlfriend Rihanna. Los Angeles Superior Court Judge James R. Brandlin ordered the singer not only the 90 days in rehab, but also to undergo anger management after a letter from a Malibu rehab facility claimed to the court that Brown had been kicked out of the facility.

That incident happened on November 10, when Brown became infuriated with his mother, who suggested he remain in treatment. He threw a rock through her car window in a fury, shattering it. Brown entered the rehab facility on October 29.

In addition, Judge Brandlin also prohibited Brown from leaving Los AngelesCounty unless it is for some other court proceeding he must attend. The singer must submit to random drug screenings and must perform 24 hours of community service a week as well.

Brown was recently charged with a misdemeanor assault charge inWashington D.C. when he and a bodyguard allegedly attacked a 20-year-old man. The count was originally for felony assault, but was downgraded to a misdemeanor. If Brown is convicted, he could face four years in prison if the judge revokes his probation.

The 2009 assault on singer Rihanna led Brown to being place on probation and being forced to perform over 1,400 hours of community service. An additional 1,000 hours were assigned to Brown after Judge Brandlin found the singer’s community work to have not been fulfilled. He is due back in court for another probation hearing on December 16.