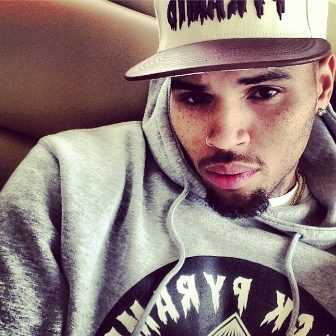 MALIBU – Singer Chris Brown is headed to jail. On Friday, March 14, Brown was taken into custody by authorities who presented a warrant for his arrest. He had been served a court-ordered rehabilitation for anger management, but was kicked out of the Malibu rehab center where he was treated for failure to comply with the center’s “internal rules.”

The singer was arrested at around 2:00 p.m. by Malibu/Lost Hills Sheriff’s deputies, according to a news release from the Sheriff’s Department.

Brown had an upcoming review in relation to his probation that he is currently serving for attacking his then-girlfriend, singer Rihanna back in 2009. The dispute left Rihanna bruised and Brown’s career took a nosedive.

He pled guilty to the count of assault and was sentenced to five years’ probation, six months of community service, and a restraining order was placed on him that required him to keep a distance of 50 yards from Rihanna. The restraining order has since been amended to 10 yards, allowing Brown and Rihanna to attend the same events since 2011.

Later that year, Brown released an apology to his fans and Rihanna’s fans for his behavior in the form of a two- minute long YouTube video. The singer continued to appear in the media addressing issues of the event in recent years on various news outlets. Brown first broke his silence in September 2009 on Larry King Live.  King acknowledged that the years following Brown’s assault charges had to be the “worst of his life,” and Brown agreed saying, “Possibly, yeah.” Throughout the interview, Brown told King that attacking Rihanna was “not who he was,” and the community service assigned to him was a fair consequence for his actions.

In March 2011, Brown appeared on ABC’s “Good Morning America” to talk about his new album F.A.M.E. which he defined the letters to mean either: Forgive All My Enemies and Fans Are My Everything, at the time, Brown was determined to keep a positive outlook in the interview, stressing the importance of his new album and not to discuss his previous run-in with the law involving the assault on his then girlfriend Rihanna. Brown allegedly broke a window overlooking
Times Square lashing out at the questions he received from GMA host Robin Roberts.

No charges were pressed against Brown in the incident, despite the act of criminal mischief as being defined as causing damage to a property that is more than $1000, anything less is considered a misdemeanor. Brown had a run-in with rapper Drake in June 2012 at a NYC nightclub W.i.P, which according to reports involved exchanges involving singer Rihanna. Brown posted a picture to Instagram of a gash he received on his chin from the brawl. Reports surface in January 2013 that Brown and Rihanna had resumed dating, but it was later ended in May 2013.

He was involved in another altercation with R&B singer Frank Ocean over a parking spot at a recording studio in West Hollywood in January 2013. In July 2013, he was involved in a hit-and-run incident with another vehicle, but the charges were dropped. An additional 1,000 hours were added to Brown’s community service. In October 2013, Brown became agitated when two young men attempted to photobomb him while he was taking a picture with a female fan in Washington, D.C.  The incident ended allegedly with Brown breaking the nose of one the men and remained in a D.C. jail for 36 hours before he was allowed to return to his California probation officer within 48 hours.

Jane Robison of the Los Angeles County District Attorney’s Office told Canyon News that Brown’s arrested stemmed from his being kicked out of the rehab facility he was staying in, which itself was caused by Brown violating the facility’s rules. It was then, that Judge Brandlin issued a bench warrant for Brown’s arrest. Brown was previously ejected from a rehab facility in November 2013 for allegedly throwing a rock through his mother’s car window. Judge Brandlin ordered him to attend a 90-day anger management treatment program in the same month.  In December 2013, Judge Bradlin revoked the singer’s probation, but he did not remand Brown into custody, citing a satisfactory progress report made by Brown’s probation officer.

The singer is being held at Men’s Central Jail with no bail set, where he will remain until his next court date on April 23, where a judge will hold a probation violation hearing after a decision is made in D.C. case that Brown is currently facing.