The pair’s artwork went on display alongside well-known painters such as: KAWS, Shepard Fairey and Keith Haring.

Brown’s first two canvases sold for $25,000 each, while the other painting sold for $12,000. The total of painting’s sold for over $60,000. Half of the earnings went to charity that will benefit the Arts and Business Council of Miami.

The singer told Hot 97 last month that he’s been painting since he was around seven and that art is a form of meditation for him.

Brown snap shotted some of his art work on Instagram later that day. 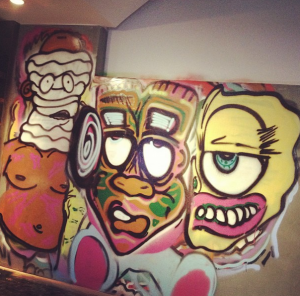