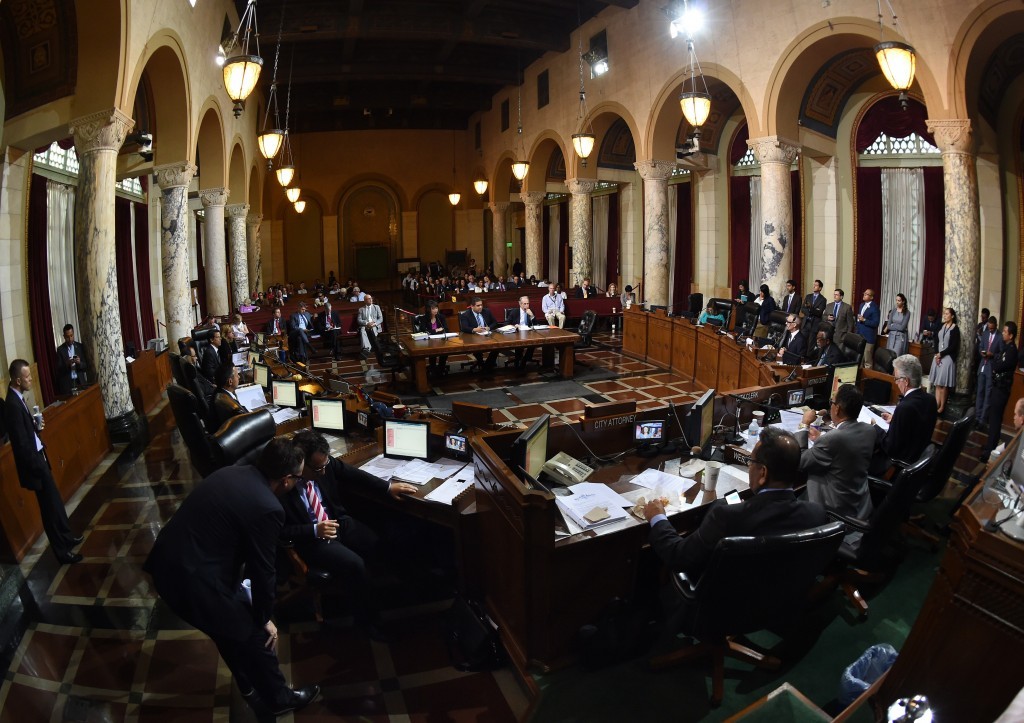 LOS ANGELES—The Los Angeles City Council Ad Hoc Committee on the 2024 Summer Olympics voted on Friday, August 28, in support of a potential bid for the city to be a host.

The Ad Hoc Committee meeting, which began at 8:30 a.m., was comprised of seven city councilmembers. During the meeting, the committee also saw a presentation from the non-profit organization LA24, which is run by Los Angeles Mayor Eric Garcetti and Casey Wasserman, a sports and entertainment executive.

LA24 recently released a 200-page bid proposal that projects approximately $4.6 billion in expenses with an additional $4.62 billion contingency.  It also estimates that hosting the Olympic Games would generate over $160 million in surplus revenue.

A report issued on Thursday, August 27, by City Administrative Officer Miguel Santana and Chief Legislative Analyst Sharon Tso raised concerns about a lack of clarity in Garcetti’s proposal. They stated that Garcetti’s bid does not specify which companies and organizations will contribute to his anticipated $1.7 billion from private-sector groups. Another question raised was whether or not the current construction happening in the area near the Los Angeles River will be halted or delayed in order to build an Olympic Village to house the athletes and coaches. “It is difficult to determine the fiscal impact and risk to the city of hosting the 2024 Games at this time,” Santana and Tso wrote.

The report recommended that the council should approve the bid proposal, but the City Administrative Officer and Chief Legislative Analyst should be designated as the city’s lead negotiators in all matters related to the 2024 Olympic and Paralympic Games.

The full council vote regarding the Los Angeles bid is scheduled to take place on Tuesday, September 1, according to the Office of the City Clerk.