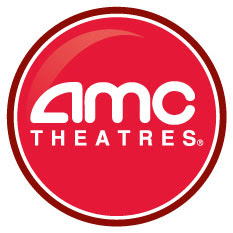 SANTA MONICA—On August 13, the City Council approved negotiations to begin on Santa Monica’s newest movie complex. This comes nearly a year after the initial process of the project began with AMC Entertainment Inc. Council members hope that the new theater will help bring more people back to the theater in Santa Monica, as they once did when the current theaters on Third Street Promenade first opened in the 1980s.

The new development will be headed by AMC Entertainment Inc. along with Metropolitan Pacific Capital (a locally based company). The planned location of the new theater is situated on city-owned property at Fourth Street andArizona Avenue, which at present houses a parking structure. Replacing the parking structure will be the new 83,000-square-foot multiplex that will feature 3D and IMAX capabilities. The theater will house 12 screens and 2,197 seats. There will also be a restaurant and 2,100 square feet of retail space for rent.

While there are four other theaters nearby on Third Street Promenade, the new complex will make for a different experience, which the council hopes will help bring Santa Monica up to speed with the rest of the many theater complexes found in Los Angeles.

Though a large multiplex may seem like a threat to the smaller theaters found on the Promenade, three of the four are already owned by AMC, such as the AMC Santa Monica 7, AMC Broadway 4 and Mann Criterion 6, which was acquired by AMC. That leaves only the Laemmle Monica 4-Plex Theater as the only non-AMC theater on the Promenade.

Canyon News spoke with Laemmle Monica 4-Plex Theater’s operations manager who was aware of the development of the new theater and was not too concerned by the new construction stating that, “AMC’s presence has always been felt,” and is “not something new.” As an art house theater he felt they also had “their own customers.”

Not to be completely overshadowed by the new theater, the other existing AMC theaters on the Promenade are slated to be revamped with stadium seating, as well as more modern features. It will likely result in the number of screens decreasing; however, a more comfortable movie going experience will be created.

Concerns surrounding the construction have been brought forth to the council from public speakers who were worried about parking spaces being lost during construction. To help ease this issue, the library downtown will provide some parking below the library, as well as the Civic Center Structure, which will be able to leave street parking for tourists or those visiting Downtown Santa Monica.

Once a development agreement is reached, an environmental review must be completed. The next step will be for the project to be presented before the Planning Commission and City Council in order to gain authorization. In addition to this, the project must also be reviewed by The California Coastal Commission.

Since the project is part of a development agreement, public benefits must be included as part of the project. At present these include the theater being used for events such as a public art space, hosting community events, as well as reimbursing future employees for travel expenses.

Construction is planned to last one year, and the permit process is estimated to take 18 months.