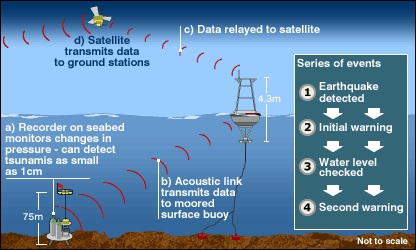 MALIBU—On October 27, the City Council announced their decision to forgo moving forward with the tsunami warning alert systems previously researched. According to the staff report provided to the city council, the options provided were “inordinately expensive and complex in relation to the perceived risk of a tsunami to the population.”

When researching this issue, Emergency Services Coordinator for the City of Malibu, Brad Davis, informed the council that important questions to ask were, “What does the science look like for us? What are the implications for our coastline specifically?”

The staff report also stated that the risk of a tsunami in Southern California is relatively low in comparison to other areas: “Recent studies on tsunamis that were prepared for Caltrans and other state agencies by professional colleagues show potential wave heights of less than 5 meters for Southern California, even for large, infrequent seismic events.” However, the report does caution that “certain offshore faults and underwater landslides could locally generate tsunamis in Southern California.”

One of the speakers, Jon Maza, stated that Malibu isn’t vulnerable to the north or the south, but is vulnerable in one area—the Palos Verdes fault zone where there is the possibility of a tsunami “bouncing off of Catalina” and hitting Malibu. Maza stated, “The warning time on that wave would be 1 to 2 minutes”¦you wouldn’t have time to start your car.” In a situation such as this, an alert system would be useless.

Based on the low level of risk reported and the cost of the system (which Davis claimed could be up to $750,000 plus ongoing maintenance), Maza agreed with Davis and recommended dropping the issue.

Davis stated, “Don’t get me wrong, as an emergency manager, I’m of course concerned about reducing risk in every possible way to every potential hazard that we have in Malibu. But I think it’s based upon understanding what the risk really is.”

The city council has decided to research other possible solutions.