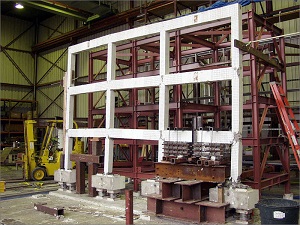 SANTA MONICA — The city of Santa Monica announced on February 12 the launch of a seismic retrofitting program to improve building safety standards against earthquakes.

According to a news release from the city, the Department of Planning and Community Development was allocated $105,000 during a February 11 City Council meeting to begin a comprehensive program that will find ways of improving the seismic safety of the city.

“We are launching a comprehensive seismic retrofit program to both update our existing building inventory and establish requirements for seismic assessments and mitigations,”Â said Mayor Pam O’Connor in the release.

The program will be divided into three distinct phases. The first will have a consultant identify non-ductile concrete buildings and steel moment frame buildings throughout the city to create an inventory that will include other buildings requiring a retrofit, like soft-story structures.

Non-ductile concrete structures are those built with interconnected concrete beams and columns that lack enough “confining re-bar,”Â according to the Structural Engineers Association of Northern California. FEMA states that steel moment frame buildings have horizontal steel beams that are welded into vertical steel columns to brace against wind and earthquakes.

The second phase will include a look at the city’s current seismic retrofit plan check and fee waiver. Staff will determine if the waiver should be continued or not, and they will examine retrofitting attempts made in other communities like San Francisco. Once this is done, they will present their recommendations to the City Council during the budget process for the fiscal year of 2014-2015.

Staff will return to the City Council in the fall of 2014 for the third phase where they will show recommendations for updating the municipal code to include “the latest technical standards, timeframes for retrofit, and related administrative requirements,”Â according to the city’s release. The city will then notify building owners of currently unfitted structures, followed by the actual implementation of the retrofitting program. “We are committed to the highest standards in seismic safety,”Â said Mayor O’Connor.

Two Arrests Made After Unlawful Assembly In Portland