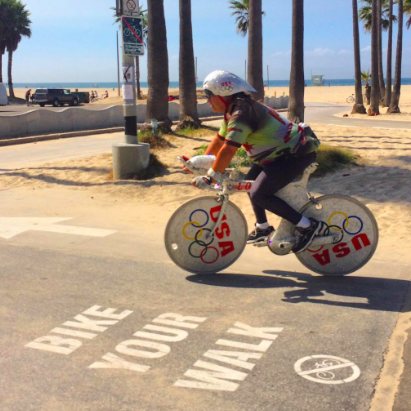 SANTA MONICA—On Monday, June 8, the Santa Monica Police Department began the first of three planned operations dubbed the Bike & Pedestrian Safety Enforcement Operation. The objective of the operation is to increase public safety by enforcing the types of violations that are the primary factors in motorist, cyclist, and pedestrian collisions.

The program will utilize data that has been collected by the department over the past five years concerning the locations of motorist, cyclist, and pedestrian collisions and the violations and conditions that led to the accidents. Additional officers will be on duty and patrolling these areas in an attempt to heighten public awareness and increase public safety, as well as cite violators.

Officers will be looking for violations that contribute to these collisions, such as drivers that are speeding, making illegal turns, failing to stop, and failing to yield to pedestrians in crosswalks. Pedestrians who illegally cross streets and fail to yield to drivers with the right of way will also be targeted by the officers. Cyclists who fail to follow the same traffic laws that apply to motorists will also be stopped and cited.

In 2012, California recorded 612 pedestrians and 124 cyclists that were killed in collisions, the highest in the nation.