White House Press Secretary Stephanie Grisham issued a memorandum on Monday, November 18, signed by President Trump’s physician, and noted the visit was a routine checkup, that was not on record because of scheduling uncertainties. 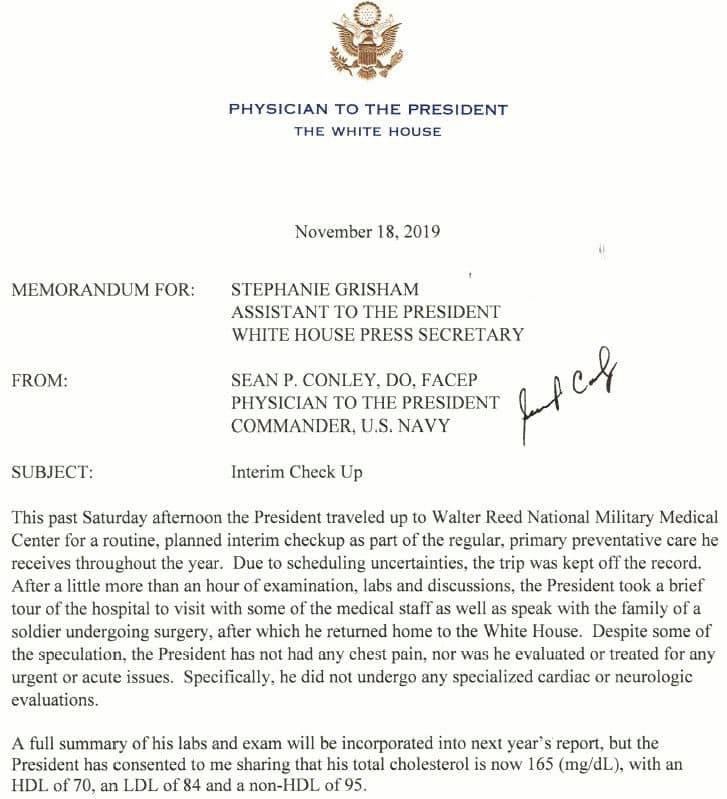 According to Tom Pappert from the National File, reported that a reliable resource indicated that President Trump was rushed to Walter Reed Military Hospital after the President’s food tester became seriously ill from what is suspected attempt of food poisoning, which was proven not to be accurate.