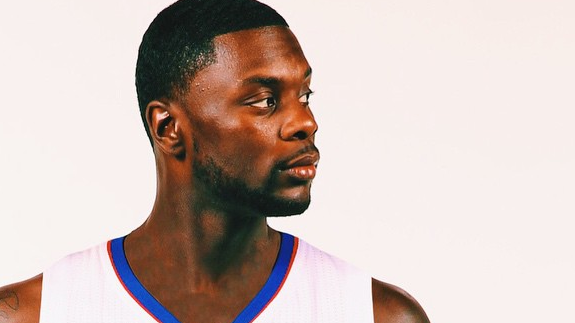 Lance Stephenson, who was traded from the Charlotte Hornets to the Los Angeles Clippers in June, released a new rap song last week, “Check.”

Stephenson—who goes by Born Ready on the mic—drops some pretty entertaining bars about his new professional career in L.A. and his love for family and basketball.

“I’m just tryna be the best baller I can be,” Stephenson raps. “Rapping is a hobby, I just go when I’m free. Two-a-days in the gym, seven days a week. Boy, the grind will never stop cause the family gotta eat.”

The new Clippers guard joins the lengthy list of NBA stars that have come before him and released rap tracks during their NBA career or post retirement. Some of the league’s most prominent rappers include the back-bone of the University of Michigan’s “Fab Five,” Chris Webber, Philadelphia 76ers star Allen Iverson, point guard Gary Payton, and four-time NBA champion Shaquille O’Neal.

Clippers head coach and general manager, Doc Rivers, is about to take on his biggest locker room challenge yet after this summer’s trade for the guy who was caught on camera blowing in Lebron James’ ear during Game 5 of the Eastern Conference Finals just over a year ago. The deal could either bring his team one step closer to winning an NBA title, or being a complete bust, if the 6-foot-5 Brooklyn native ends up having a year anything like his last season in Charlotte.

After a pretty solid four-year career with the Indiana Pacers and a trip to the Eastern Conference Finals in 2014, Stephenson had a pretty disastrous year with the Hornets last season.

He averaged 8.2 points on 32.5 percent shooting, 4.5 rebounds and 3.9 assists in 25.8 minutes per game. Stephenson shot just 17.1 percent from beyond the three-point line, in the midst of dealing with a series of injuries that kept him off the floor for much of the season.

Lucky for him, Stephenson is in a familiar situation with the Clippers, as Rivers will likely help the shooting guard, quickly, gain the confidence he once had when he played in the nurturing system of head coach Frank Vogel and the Indiana Pacers.

According to Stephenson’s altar ego, Born Ready says he’s excited and ready to suit up for the Clippers this fall.

“Bumpin’ in my Audi, now I’m out here in the West. Every day I’m working, I’m just tryna be the best.”