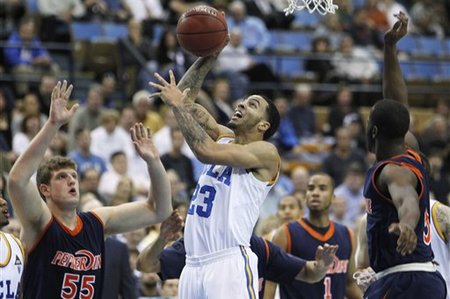 After going 4-0 to start the season, the team was already off to its best start since 1986. Three games and three more victories later the Bruins have got even better. The women’s basketball team is now 7-0 and off to its best start since 1980. Their success has not only given them wins, but has earned them respect and are now considered one of the top women’s basketball teams in the nation.

At the start of the season Coach Nikki Caldwell and her team started off ranked 15th, but due to their success and a win over a ranked Notre Dame team the Bruins have continued their climb up the rankings and currently sit at number 10 in both the AP and USA Today poll. The last time the Bruins were ranked this high was the 1999-2000 season when they finished ranked ninth. During the initial stages of that season, the team was ranked as high as fourth.

Unlike most of the other sports on campus who will be enjoying a nice Christmas break, the women’s basketball team will be hard at work trying to keep their winning streak alive. Over the break, the Bruins will face St. Mary’s and then participate in the Hawaii Tournament where they will face Hawaii and East Carolina. When they return, the Bruins will have another tough test against LSU before the conference play. The past few years the conference has been dominated by Stanford, but last season the Bruins came close to taking over the spot as top dog in the Pac-10. This year, backed by a team mixed nicely with veterans and young players, Coach Caldwell hopes to lead the Bruins to a Pac-10 title and a chance to compete for the National Championship.