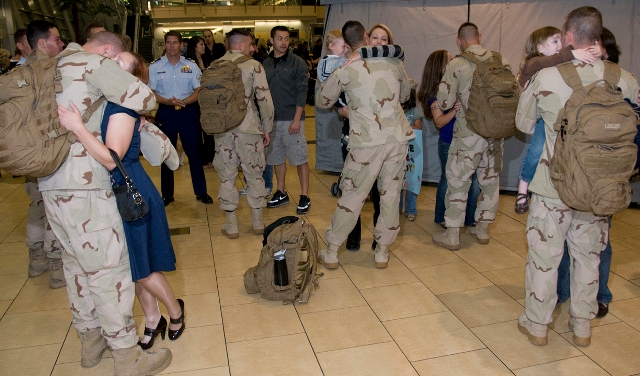 SANTA MONICA—The Coast Guard Maritime Safety and Security Team (MSST) returned to base in San Diego on March 5, after deploying for four months to the Gulf of Aden for an anti-piracy mission.

According to the Associated Press, Somali pirates manage a multimillion dollar industry based on ransoms. The Coast Guard’s mission was to rescue American captives and return them to safety, such as the mission to save Santa Monica residents Jean and Scott Adam, two church missionaries traveling by yacht.

Though the capture of the Adams ended in tragedy as the residents were killed by their captors, the Coast Guard has been pursuing pirates for the past four months to try to put an end to these international piracy operations.

The MSST completed several counter-piracy boarding missions during deployment in which they were aboard United States Navy vessels assigned to Naval Forces Central Command and Combined Task Force 151.

These teams are specialized in law enforcement and are highly trained to conduct these high-risk missions. In addition, between these missions, the teams performed law enforcement training with Navy Visit, Search, Board, and Seizure (VBSS), as well as international navies and coast guards.

MSSTs were designed as a result of the Maritime Transportation Security Act of 2002 in response to the 9/11 attacks, and are a part of the U.S. Homeland Security department in charge of protecting seaports and waterways.

While the MSST team was able to return home to their loved ones, the destroyer Sterett, a San Diego-based ship, remains in the Gulf as part of the multinational mission to prevent Somalia-based pirates from taking over merchant vessels.