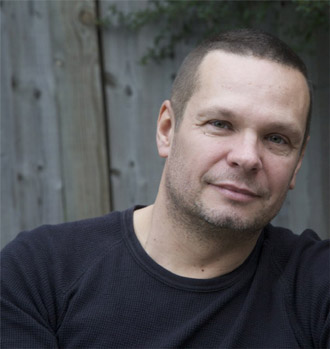 BEVERLY HILLS —British mogul Colin Fallesen is the newest type of Hollywood media executive that the future of entertainment has been waiting for. For decades Hollywood studios have been dragged out of the prehistoric wilderness in the desert and is poised to take on the new-media age with some hesitation. Leave it to a younger version of Louis B. Mayer to figure out what the future holds both online and in entertainment choices for the youth and then to create a dynasty with the help of other media giants and geniuses and then you’ll find Quod.tv. TV Guide’s Michael Logan often says, he believes that I am the hardest working man in Hollywood and he expects to find a twin one day doing half my work. Well, take it from me, there is a man in entertainment who works even harder and smarter than I do and industry wigs had better pay attention to Mr. Fallesen or eat his dust.

Colin took time from his very hectic schedule to give us an exclusive interview about his new venture which will later this year become a household name in many American homes. Quod.tv founder speaks candidly about the future of his company and how it will become part of our daily lives.

Q-Colin, Quod.tv is huge in England and Ireland. Americans are finding out about this Web site and asking when all the services, shows and library and content will be available here in the U.S. When do you plan your U.S. roll out?

A-“We have a number of phases for international roll-out planned for this year, starting in the Far East. It’s all down to getting international rights for each of our titles, and all new titles that are currently under negotiation. The whole process is very difficult and time consuming but we seem to be doing pretty well and I hope that before the year ends, we’ll be offering our movie library to US viewers. Of course, our other services, such as the dance music channel QUEERCLUB are already available internationally.

Q-It is quintessentially an American trait to create something that everyone can use or needs and yet a genius comes up with the initial idea. That genius is you. How long did it take for you to come up with the concept and then put it together and make it available to your customers?

A-Although I’m the creative drive behind the process, creating an online media business is a very technical process and there are a team of people that actually make it happen. The original concept was for a UK-based broadcast TV service but we adapted as the world changed and by the time it came to launch, we were an online, international service. The whole process took a few years to pull together and my team hail from some of the best broadcasters in the UK, including the BBC, Channel 4, five and Sky, not to mention our technical partners at Vision IPTV who were the team responsible for the UK’s first IPTV service, Homechoice.

Q-I know that you have had like most entrepreneurs have faced challenges since creating Quod.tv. What was the greatest challenge that surprised you the most and how did you deal with it?

A-“Pulling together a unique and watchable collection of content is the main challenge for any service such as ours. There are a lot of ”˜user-generated-content’ websites out there and we didn’t want to do the same thing. We wanted to deliver high-end, top quality entertainment, that you can’t see anywhere else online, with a unique flavor and some original ideas. I was surprised at the breadth and quality of what was available – and shocked at what was not available to us due to a backward thinking distribution industry. Many distributors fail to see how the world is changing and have refused to discuss inclusion on QUOD. We’re not real TV because we’re on the web. Over the last year or so they have started to come round, but we’d like to deal with the larger companies to secure some of the classics, like the John Waters collection. Creating professional, broadcast quality TV is very expensive, so we focused on getting a good library of movies together first. That has become our main achievement and we acquire new titles every month. As London is one of the queer club capitals of the world we were also lucky enough to get music sets from some world class DJs and create a channel of amazing dance music with a selection London’s favorite gogo dancers from our gay & lesbian clubs. The response we get to that channel is phenomenal, from Norway to Australia. I hope the US viewers like it too.
Q-With all the hard work going on, what do you do on downtime to relax?

A-“Relax? What’s that?.. I work between six and seven days a week normally, so there’s not much downtime. I love cinema. I make sure I watch every title we carry and I go to the cinema regularly. Living in London offers many choices for relaxation and I sometimes visit the museums & galleries or walk in Battersea Park, take a Sunday lunch at a local pub or sit and drink coffee and just watch the world go by. I have so many talented friends and they frequently invite me for activities such as a live musical show, or an exhibition of their new artworks. I used to be a big clubber but I’ve calmed down a bit now. I prefer a nice meal and conversation. I also love to travel and try to visit Rome as often as I can, as well as Greece, Germany, the USA and my family in Denmark.”