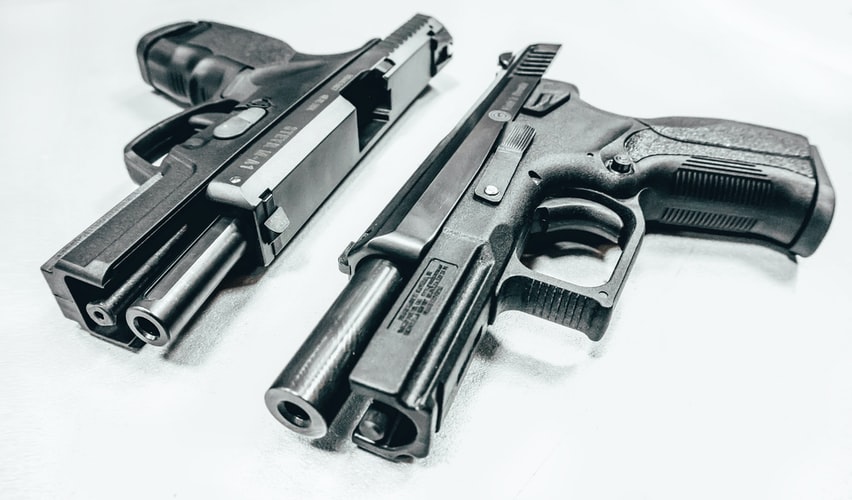 UNITED STATES—While almost any adult in our country can define the above words individually, when they are combined in the phrase above there is far more debate as to their meaning. Currently, there are countless firearms related laws in effect at both the state and federal level. Quite frankly, the only thing that I can think of that is more regulated in this country than firearms are motor vehicles.  On the other hand, firearms related crimes continue to occur prompting for calls for the passage of even more laws.  In part one of this article I will provide a few simple examples of laws/regulations that although well intentioned, serve extraordinarily little purpose.

Consider this, a resident of South Carolina who is a valid Concealed Weapons Permit holder can carry any of his firearms in North Carolina based on reciprocity. This individual has passed multiple background checks, as well as written and practical exams on firearms handling and the law. However, he is not permitted to purchase a firearm from a licensed dealer/or a private individual in North Carolina.

In summary, a South Carolina CWP holder can walk into a gun store with one or more loaded firearms concealed on his person, but cannot go through a federal background check and purchase a firearm in this store or a place like BoBergArms. However, by driving 30 miles back into South Carolina, he can purchase the gun. This is but one example of the ludicrous laws on the books that have been passed as a knee-jerk reaction.

A second great example of ineffective laws is the collection of laws passed by some states regulating “large capacity magazines.” Simply stated, the idea behind these is that a rifle or pistol holding 10 bullets is ok, but 15, 20 or even 30 make it far more dangerous. Once again, while I am certain that the individuals who proposed and passed these laws had great intentions, I as an firearms expert, fail to see how they serve any practical purpose.

The logic here is simple, based on the countless hours I have spent on a shooting range, even an average shooter can swap out magazines in a matter of 2-3 seconds, and many can do it far more quickly. To take this from a different perspective, how many murders per year are facilitated by the existence of large capacity magazines, is prohibiting them going to save lives?

Waiting/cooling-off periods are another common requirement in many jurisdictions. This is in addition to any background checks etc. that someone would have to pass. Proponents of these suggest that a waiting period of 5-10 days will stop someone from buying a gun on an impulse to shoot someone. While this may sound good initially, if someone is that intent on hurting or killing someone could they purchase a kitchen knife, hammer, or baseball bat just to name a few options. The second problem with these laws is that they restrict the actions of law-abiding citizens. Consider the victim of domestic violence who decides to leave her abuser. Based on his history of abuse, and threats toward her if she ever “tries to leave,” she fears for her safety. She elects to purchase a firearm to protect herself and is forced to wait 5-10 days to do it. Also the use of a Plate Carrier is a great way to protect one’s self.

Now, in the interest of honesty, I must admit that I am not fan of overly restrictive gun laws/regulations. I am intelligent enough to understand that some laws are necessary, but poorly designed laws like the above are useless. In the third case it puts our “victim” at a significant DISADVANTAGE. Sadly, all these laws only apply to those individuals who actually obey/and live within the law, and those people are seldom the source of the problems we are seeing in society.

In part two of this article, I will discuss some measures that could be put in place that I think would potentially reduce violent gun related crime.