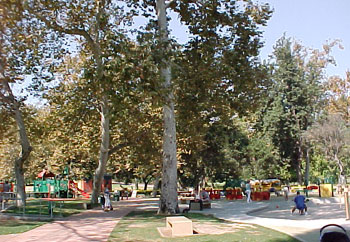 HOLLYWOOD HILLS — On Wednesday, November 20, residents are invited to one of two community budget discussions for the Department of Recreation and Parks.

The meetings stem from motion 13-0807, passed by the Los Angeles City Council on July 23. The motion not only instructed the Department of Recreation and Parks to draft a five-year restoration plan that would eventually increase the department’s budget to $250 million for the 2018-19 fiscal year, but it also made the department hold a series of community meetings between October 1 and December 31 to get opinions towards the restoration plan.

The Department ensures people that their opinions will be essential in determining the “methods to increase its annual budget for operations and maintenance over the next five years,” according to a release.

Both meetings will begin at 6:30 p.m. and will run until 8 p.m. For more information on these and other meetings, residents are encouraged to visit EmpowerLA.org or LAParks.org.

August Surprises On “Days Of Our Lives!”