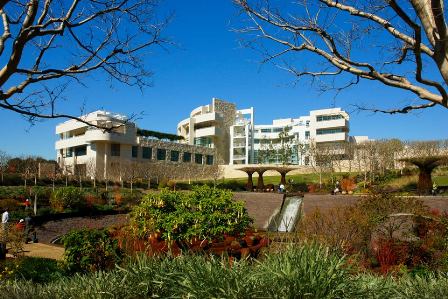 LAUREL CANYON—There’s a new civic engagement paradigm afoot. This “new deal” burdens citizens of Los Angeles with new responsibilities. Gee Thanks! If you thought government was Big Brother, watching out for you, this is your wake up call.

I always suspected that city employees were annoyed when we call to complain about something, but recently things have changed in a diabolical manner.

Nowadays most city agencies are pressing us to fill in forms and submit them online, irrespective of the subject of your complaint -` be it potholes; noisy neighbors; street light failure or tagging.  That leaves out all the over 70 crowd that don’t “do” computers.  In fact it’s gotten so bad you can’t even reach many city employees by phone anymore.  An insulating layer between us and our government has been added, making us work harder to demand the public services which have disappeared under the guise of “cutbacks.”  When you call some city employee numbers listed on the City Fone directory [cityfone.lacity.org] you get put into an endless loop which feeds you back to a prompt to fill in a form.  It just happened to me with the Street Services/Engineering Department.

The next obstacle is that you can no longer make an anonymous complaint. This of course is an insurmountable obstacle discouraging more people to drop off.  Who wants to start that quarrel with a neighbor whom you have to live next door to for the next 29 years?

This is a diabolical scheme to push us away from demanding public services and support.  However, if you don’t boldly embrace their system and don’t press your complaint, your beef will never be addressed.  It’s not like government officials always report code violations of scofflaws they see when there are out and about their duties.

The backlash is that people are encouraged to be scofflaws.  “Do whatever you want until you get caught.”  People generally don’t consider themselves scofflaws. Instead they work out some rationalization to justify their miscreant ways.  For example here in the hills there is no smoking.  It’s a fire danger. In fact new No Smoking signs have popped up everywhere.  But when I asked people why they are smoking they universally respond, “It’s okay, I’m careful.”  Seems like a non sequitur to me. This may be a de minimus place to plant a flag in the ground until someone sets the hills on fire because their interpretation of “I’m careful” turns out to be “not careful enough.”

So now I am sure that our government is Complaint Driven.  If you don’t report it – they call it “filing a complaint” [along with the negative connotations that go along with being a complainer] there is no issue. Really?

The government is waiting for its citizens to set the agenda.  I’m shocked by this realization.  Who among us really wants to interrupt our busy workday to identify quality of life issues in our neighborhoods? Everyone one of us has to abandon the “whatever” attitude and get involved.