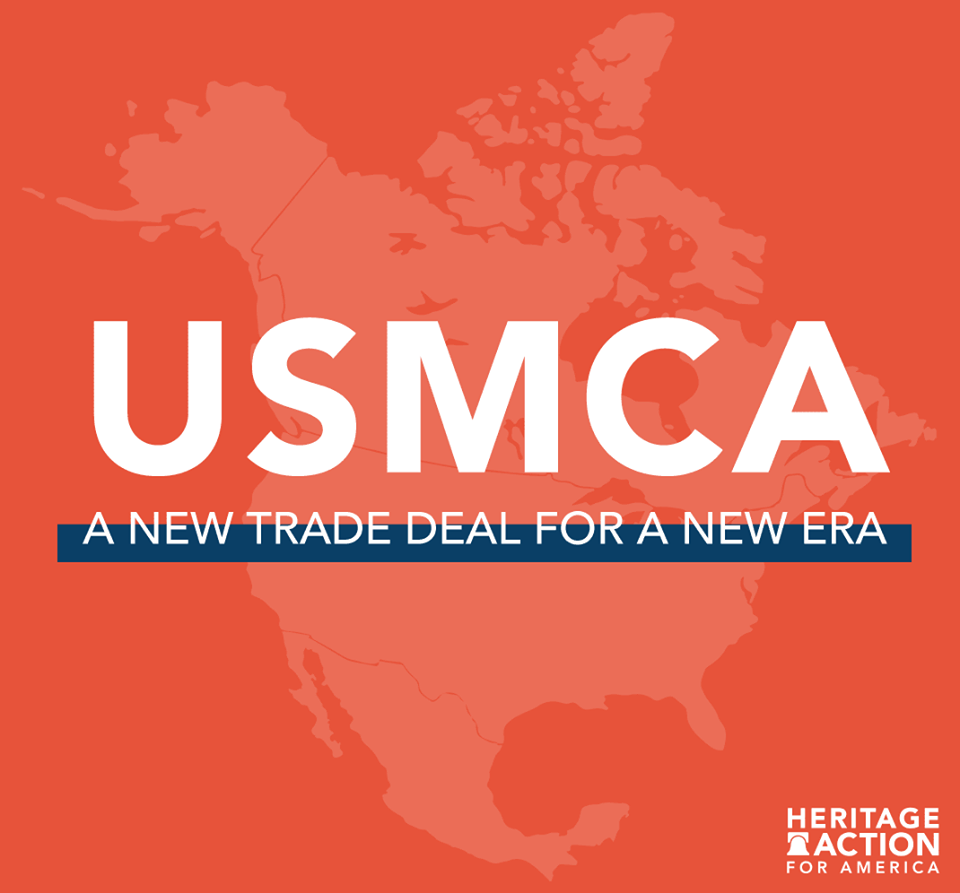 UNITED STATES—Speaker of the House, Nancy Pelosi announced that the Democrats would be making a move on the United States-Mexico-Canda Agreement trade agreement 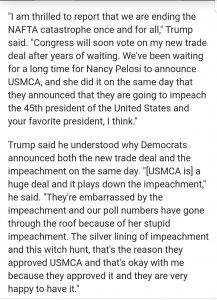 :America’s great USMCA Trade Bill is looking good. It will be the best and most important trade deal ever made by the USA. Good for everybody – Farmers, Manufacturers, Energy, Unions – tremendous support. Importantly, we will finally end our Country’s worst Trade Deal, NAFTA!”

During the 2016 Presidential campaign, President Trump promised to renegotiate the North American Free Trade Agreement (NAFTA). The formal process of negotiations of USMCA began on May 18, 2017.

After several rounds of negotiation between Mexico and Canada an agreement could not be reached. Mexico went under new leadership with President Andres Manuel Lopez Obrador who was required to be in office 60 days before negotiations on the trade deal resumed. 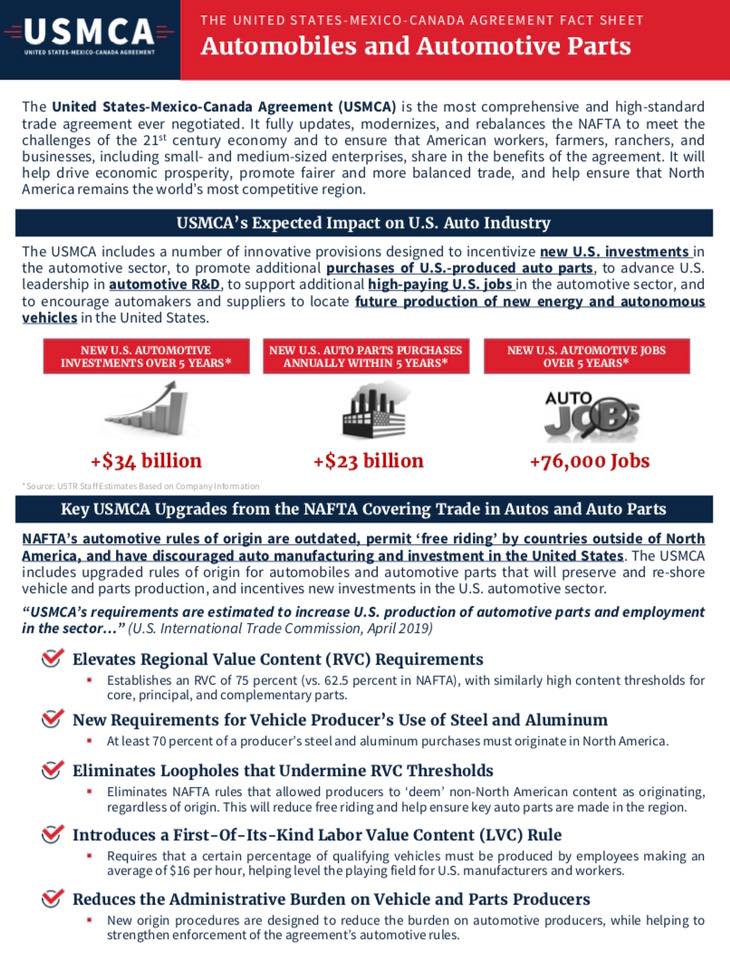 To view details on the USMCA trade deal visit here.

The context of the trade deal was agreed upon by the leaders of all three countries and signed on November 30, 2018, as part of a side deal on the G20 Summit in Buenos Aires, Argentina. 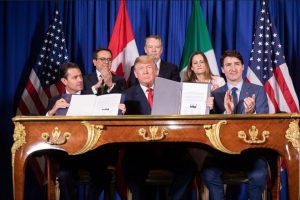 “One year ago today, I signed The USMCA Trade Deal with Canada and Mexico. It now sits on Nancy Pelosi’s desk collecting dust! Nancy and her Do Nothing Democrats are hurting America’s workers and economy by not ratifying the deal. Get it done!,” tweeted President Trump on November 30.

President Trump announced on December 2, that he would begin the six-month process to withdraw from NAFTA to which Congress took issue with questioning whether the POTUS could unilaterally withdraw from the pact without approval from Congress.

President Trump indicated that no changes could be made to the USMCA trade deal without permission from Mexico and Canada.