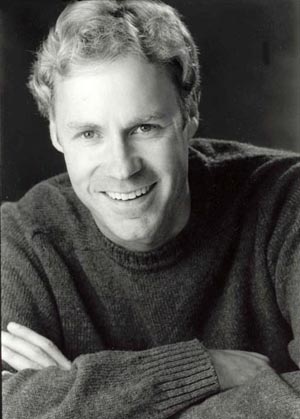 HOLLYWOOD —An exciting, new, seminar series is starting in Hollywood featuring some prominent figures in the entertainment industry with the proceeds from the ticket sales going to charity. “Conversations on Craft” will focus on well known actors, directors, writers and producers from all aspects of show business. During the course of these 90-minute interviews, participants will gain access to candid, behind-the scenes stories to some of the most influential figures in film, television and theater. The first “conversation” will be held on Tuesday, February 16, at 7:30 p.m. at The Stella Adler Theater in Los Angeles. The guests will be “Frasier” creator David Lee and actress Michael Learned, best known for her starring role in the long running television series, “The Waltons.”

David Lee is a nine-time Emmy award winner for his work as the creator of “Frasier,” “Cheers” and “Wings,” and he has also won a Golden Globe, two People’s Choice Awards, the Directors Guild Award, three Television Critic’s Awards, the British Comedy Award, the Humanitas Prize [twice] and the prestigious Peabody Award. Recently he has been devoting more time to the stage and has become one of the most prominent theater directors in southern California.

Michael Learned is a four-time Emmy Award winner for her work on “The Waltons” and “Nurse” and was also nominated for three Golden Globes. Her extensive work onstage includes several starring roles on Broadway and a number of West Coast premieres and national tours, including Edward Albee’s “Three Tall Women” at the Ahmonsen Theater.

“Conversations on Craft” is the brainchild of writer/director Luke Yankee, a prominent theater director, playwright and author in Los Angeles. “I have been attending a lot of seminars at the Writer’s Guild Foundation recently and I was so inspired by them, I wanted to offer something similar that included other disciplines,” says Yankee. “The proceeds from ticket sales will benefit the charities of the speakers’ choice. Not only are they sharing their wisdom and experience, they are also helping a cause that they
are passionate about.” A portion of the proceeds will also go to benefit Stella Adler – Los Angeles, one of the most renowned acting schools in the country. John Jack Rodgers, Executive Director of the Adler, is co-producing the events with Mr. Yankee.

Tickets for “Conversations on Craft” are $20 online through Brown Paper Tickets or $25 at the door. The first three seminars are Tuesday February 16th, March 9th and April 13th at The Stella Adler Theater, 6773 Hollywood Blvd. [east of Highland] from 7:30-9:00 p.m. Parking is available at the Hollywood & Highland complex for $2 with validation. A wine and cheese reception with the speakers is included in the ticket price. To order tickets online, go to brownpapertickets.com /event/91183.

For more information, go to conversationsoncraft.com.