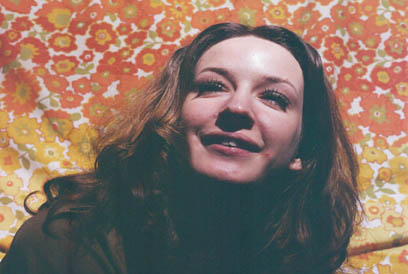 HOLLYWOOD HILLS —On March 30, 66-year-old Rodney James Alcala, a man accused of committing five murders in the 1970s, has been sentenced to death by an Orange County judge.

On February 25, Alcala was convicted of killing four women and a 12-year-old girl. The Orange County District Attorney’s Office reveals photographs Alcala had taken of girls and women at http://orangecountyda.com/home/index.asp?page=474.

Alcala has been held in custody since his arrest in 1979. To date, he has received his third conviction for the murder of 12-year-old Robin Samsoe, who was last seen riding her bike to ballet practice in June 1979. The previous decisions to sentence Alcala to death had been reversed on appeal; however, before Alcala’s third trial started in January, it was found through DNA, blood and fingerprint testing that he was involved in the deaths of 18-year-old Jill Barcomb, whose body was found in the Hollywood Hills; 32-year-old Charlotte Lamb, of Santa Monica; 21-year-old Jill Parenteau of Burbank and 27-year-old Georgia Wixted of Malibu.

Alcala, a former UCLA student who worked in photography and who was once a contestant on “The Dating Game,” served as his own attorney during trial.  Reports indicate that Alcala had requested of the jury that he not be sentenced to death, indicating to the jurors that they themselves would become killers had they received the same fate.  Alcala once also played a video of himself as a winning contestant on “The Dating Game” during trial in an attempt to prove his innocence in Robin Samsoe’s killing.

Alcala is also believed to be involved in two murders that occurred in New York State in July 15, 1977, in which a 23-year-old restaurant heiress, Ellen Jane Hover, vanished after leaving her apartment in Manhattan. Her bones were found buried near the Rockefeller estate in Westchester County a year later, according to authorities. He was reportedly the last person who had seen Hover before her death.

Alcala is also suspected of the rape and strangulation of 23-year-old TWA flight attendant Cornelia Crilley, whose body was discovered in her apartment in Manhattan. Alcala’s DNA has been linked with genetic material found at the crime scene, according to authorities.

He has been suspected of other killings, according to Farrah Emamia, a spokeswoman with the Orange County District Attorney’s Office.

“Police have linked other killings to a storage locker Alcala had in Seattle,” Emamia told Canyon News.  “Police found hundreds of photos of women and children who have yet to be identified. Some of them are victims of the murders of which he has been convicted. One of his methods of luring his victims was by telling them that he was a photographer, and that they could be models, and that they should submit photos to modeling contests. He also posed pictures of the victims after he killed them.”

Emamia informed Canyon News that regarding other assaults Alcala may have committed, other victims have come forward.

“Several women have come forward and identified themselves,” Emamia stated to Canyon News. “If there are other victims, it could be because they have not come forward yet, or that Alcala may have murdered them, which we hope is not the case.”

Based on the nature of the crimes Alcala is convicted of committing, he is believed to be involved in numerous other killings, many of them involving “horrible sexual assaults,” according to Emamia.

When asked by Canyon News if Alcala’s death penalty is final, or if he is eligible for another appeal, Emamia stated, “In the state of California, Alcala will be eligible for what is called an “automatic appeal.’ Alcala is currently being placed in a state prison; however, we have no further information at this time.”