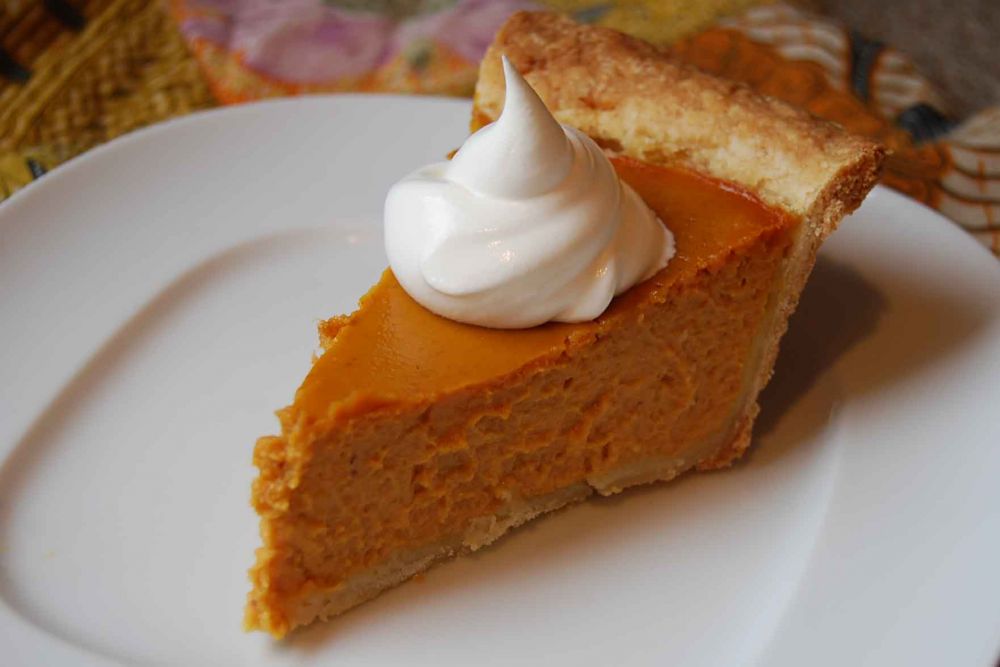 UNITED STATES—With Thanksgiving upon us, I couldn’t help myself, but discuss two staples fruits and veggies at the big feast: pumpkin and cranberries.  Let’s start our focus on the good ole’ pumpkin. So many of us like to think that pumpkins are notorious for Halloween, but they are favorites in November and December as well.  So many of us can’t help but salivate over a slice of pumpkin pie, but it’s not that easy to get that pumpkin made.

Pumpkins are a part of the squash family. That’s right butternut squash, yellow squash and zucchini are all related. It’s important to make a distinction between jack-o-lanterns and actual pie pumpkins that are used for consumption.  Pie pumpkins tend to be smaller in size and are much easier to dismantle and bake in the oven, compared to a large jack-o-lantern that has to be dismantled.

This isn’t a vegetable that is available year round; it’s most popular during the fall months. Some may be surprised to discover just where pumpkin seeds come from; that’s right the pumpkin. Those little seeds are edible, just pop them in the oven, add a bit of salt and roast them for a couple of minutes and you have a delicious and healthy treat to satisfy all those nut enthusiasts out there.

Something to note are the various health benefits of the veggie, which includes an ample amount of vitamin A, beta-carotene, calcium, potassium and phosphorus. Some research has shown that certain phytochemicals in pumpkins have an effect on insulin and glucose levels in diabetics, which can reduce blood glucose and cholesterol levels improving the impact of the disease on the body.  While pumpkin may be a staple at many tables this holiday season, for a tasty treat try making a pumpkin cheesecake. The texture between pumpkin puree and velvety cheesecake is unique in itself and this dessert will have all your guests talking for weeks.

In fact, cranberries are actually a ‘superfruit’ that is loaded with tons of nutrients for the body. Cranberries are at their peak between September and December, right around holiday season and not seen much afterwards. A pure cranberry is quite tart and bitter to say the least, which explains why it’s better consumed by cooking the tasty treat with some sugar. There is a myth that consumption of cranberry juice has an impact on reducing urinary tract infections.

The fruit is an ample source of Vitamin C, fiber and manganese.  Cranberries also contain antioxidants and phytochemicals that have shown to have an impact on fighting particular cancer cells; the fruit is also a great source of potassium.  Perhaps the most important tip to know about the fruit is that its best consumed in its raw form.  For those health gurus who think drinking cranberry juice is such a great thing, think again. A glass of cranberry juice contains more sugar than a glass of soda!  Yes, that is so scary. Drinking a glass of pure cranberry juice that is NOT sweetened is a better substitute.