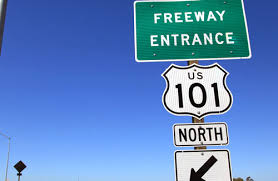 “The traffic collision occurred at 7:33 p.m. on the northbound Hollywood (101) Freeway, near Highland Avenue,” Eric Scott, of the Los Angeles Fire Department, told Canyon News.  “There was one rescue transport to a hospital. The age, gender, severity of injuries and number of patients is unknown, but it was a possible four-car crash, and possibly 35 firefighters were involved.”

No information regarding the possible cause of the accident is available as of press time.

Regarding traffic safety Scott said, “Many may be surprised to learn that in California alone, a traffic collision is reported every minute, and half of these people are injured.  LAFD encourage all to be aware of your surroundings.  Decrease speed and increase your following distance.”