UNITED STATES−Since President Donald Trump made his first announcement for candidacy on June 16, 2015, various media outlets have been criticizing him.

On January 17, 2017, when Donald J. Trump was inaugurated as President of the United States. Members of Congress including Senator Church Schumer, and Speaker of the House Nancy Pelosi have discredited him.

The Mueller investigation which transpired from May 2017 thru March 2010 found the POTUS not guilty of colluding with Russia in the 2016 presidential election.

“Nobody would be tougher on ISIS than Donald Trump. Nobody,” CNN reported on June 20, 2015.

On October 26, 2019, U.S. Armed forces under the direction of President Trump eliminated, Abu Bakr Al-Baghdadi, the ISIS leader and most wanted terrorist known for his brutality. He was the terrorist who reportedly raped, tortured, and killed Kayla Mueller, the daughter of Carl and Marsha Mueller who spoke at the 2020 RNC.

“The House must be briefed on this raid, which the Russians but not top Congressional leadership were notified of in advance.”

Over 1.8 million jobs have been added in July 2020 and unemployment dropped 10.2 percent  as some states are still experiencing statewide mandatory shutdowns.

YouTube footage from December 11, 2018, depicted President Trump, Pelosi, and Senator Chuck Schumer in a debate at The White House.

A quick search on Google, Facebook, or Twitter reveals CNN reporting that President Trump “recycles much of his 2016 message as he accepts his nomination.” 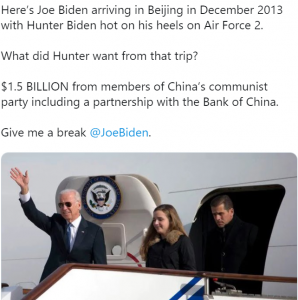 In a news clip from January 2018, Biden openly brags about his involvement in Ukraine and admits to pressuring the powers that be to fire one of Ukraine’s top prosecutors, yet Biden wasn’t investigated or prosecuted.

The Impeachment Inquiry transpired from September 2019 thru December 2019. President Trump was exonerated on charges of Abuse of Power and Obstruction of Congress.

The 2020 election is less than 70 days away. Pelosi has indicated Biden should not debate President Trump. Democrats are demanding mail-in ballots while Republicans cite prior voter fraud.