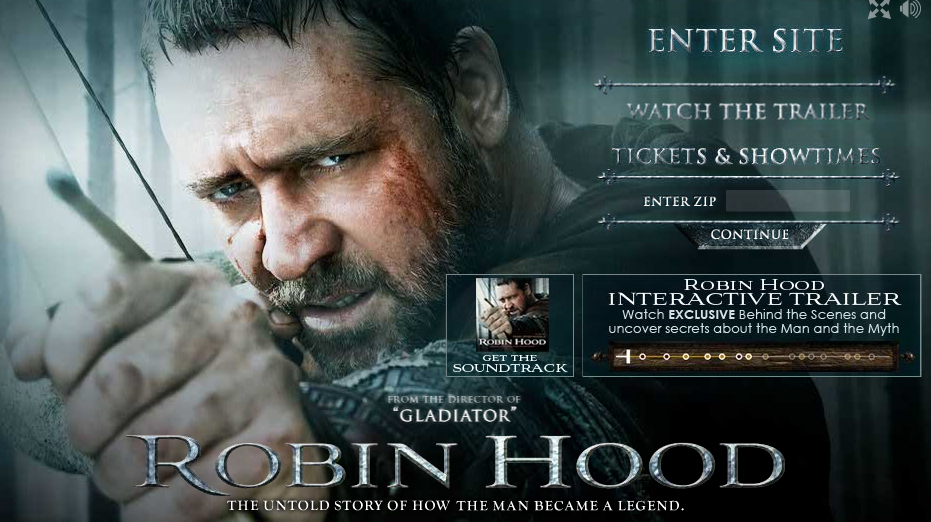 HOLLYWOOD —With a solid cast behind the production, “Robin Hood” will come roaring into theaters on Friday, May 14, with a real bang. It may not knock “Iron Man 2” off the number one spot, but the film, which is a return to epic storytelling starring Russell Crowe, is a sure winner for moviegoers. In addition to Crowe in the title role, the film also stars fellow Aussie and Oscar-winner Cate Blanchett as Maid Marion Loxley, Max van Sydow as Sir Walter Loxley and William Hurt as William Marshal. A story that has been popular since the 13th century explodes on the big screen with some of today’s greatest actors and wonderful storytelling and direction from Ridley Scott. Scott previously directed Crowe in his Oscar-winning performance in “Gladiator” from 2001. This role may garner Crowe another nomination next year.

The official synopsis says in part, “Oscar winner Russell Crowe stars as the legendary figure known by generations as Robin Hood, whose exploits have endured in popular mythology and ignited the imagination of those who share his spirit of adventure and righteousness. In 13th century England, Robin and his band of marauders confront corruption in a local village and lead an uprising against the crown that will forever alter the balance of world power. And whether thief or hero, one man from humble beginnings will become an eternal symbol of freedom for his people.”

Perhaps the story of the crown or in modern America’s case, politicians becoming too corrupt and the wealthy class benefiting from the little guy’s downfall is a popular tale to tell today. Though Scott in this film veers away from the typical populist attitudes and delves very deeply and brilliantly in the psyche of the common man of England’s society of over 700 years ago and for 140 minutes you get to root for the underdog and we all know Crowe has an uncanny ability to make us believe he’s the character he’s paid to portray in many of his films. Though some critics feel it’s not a very good new version of the story, I disagree. I think Ridley Scott made a lot of great decisions when retelling a story that has been done to death. It revived my interest in the story of Robin Hood and his marauding men.

“Robin Hood” does pander a bit to the new society of moviegoers, who need blasts, explosions and some special effects. However, like “Gladiator,” it’s not overdone and it’s done when it best suit’s the storytelling and the scenes. Nothing is overdone in this film. Danny Huston as King Richard the Lionheart is also sensational in this film. Though no one can doubt that it’s a Russell Crowe feature film, which the audience will love to see. Epic films are the films Crowe does better than anyone else in this era of Hollywood elite. I have often been quoted as saying, “I’ve never seen Russell Crowe in a bad role.” Yet again, he made me proud that I have stated it.

“Robin Hood” gets Five of Five Stars from this reviewer.