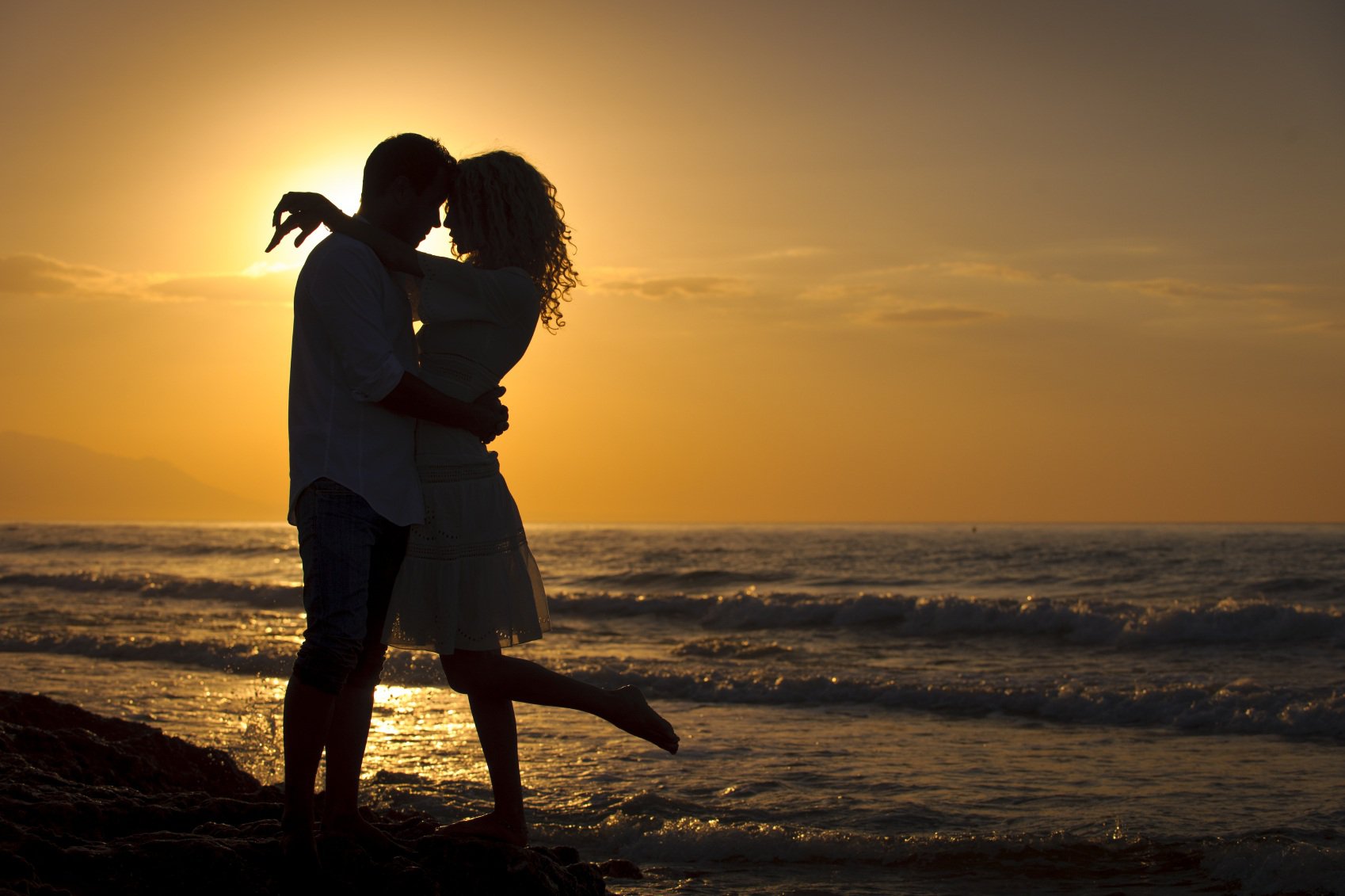 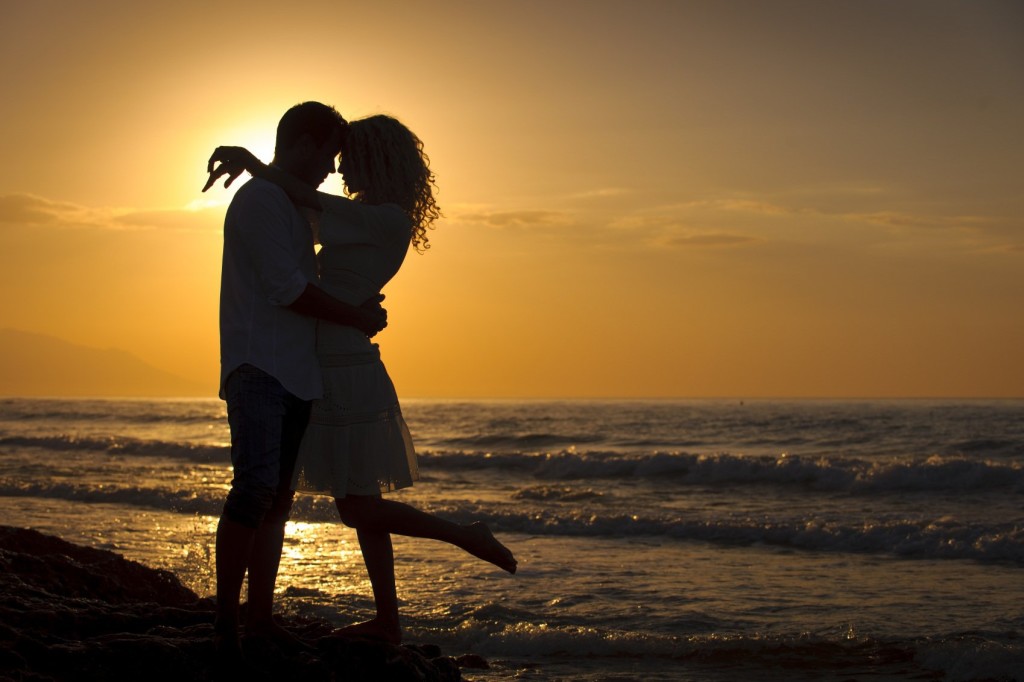 BEL AIR—What happens when a pretty Lebanese immigrant falls in love with a handsome Irish immigrant in Los Angeles? …. a slightly confused me!

Born the youngest of four first-generation American children, my siblings and I shared parents with strong, independent cultural values. But in spite of our biracial heritage, my mother’s Lebanese values reigned supreme in our upbringing.

Cultural clash was commonplace, material that we would later laugh about and convert to inside jokes. My mother’s perspective differed significantly than my father’s in areas such as favoring men over women, the expected modesty of females, and the rearing of children.

For example, my mother believed in physical discipline but my dad forbid it. My mother favored my brother. As a girl born to a modern American society, my dad was opposed to the strict guidelines she imposed on me, including covering my skin and accepting blame in situations where I wasn’t at fault.

Both my parents were instrumental in molding my values and beliefs. There was a constant struggle between the two of them regarding which values to keep in their new American environment.

An ongoing inside joke was born from a line my father used when annoyed with my mother. He would say, “For Christ’s sake Leilah, this is America!” Upon hearing this, we’d often mimic him in our fake Irish accents, causing us to laugh so hard that their disagreement instantly dissolved. We interpreted his sentiment as a defense of freedom and justice for all, even for children. In his mind, America provided a dream local, a place with no room for corporal punishment.

This isn’t to say he constantly opposed Middle Eastern culture. As I said, my mother’s cultural beliefs stuck. Aiding in this were my Lebanese grandparents, who were largely influential in my life. Though my parents taught me English, Arabic was my first language. Though Arabic always came most naturally, by age four, I could count and speak in three languages: English, Arabic, and Gaelic.

As a child, I would hear questions spoken in English and respond in Arabic. Everyone found it funny, but I was rightfully confused. I felt it was my native language and wondered why others didn’t understand it. I felt most comfortable in an Arabic speaking, Lebanese environment, even preferring Lebanese food to American and Irish cuisine.

Even though the Lebanese Civil War ended in 1990, the news still bore images of terrorist attacks well into the late 90’s, making it less than an ideal time to be a product of the Middle East.

Though older kids often referred to me as a “little terrorist,” I remained proud of who I was. I did quit speaking Arabic outside of home, embarrassed when my grandparents and mother spoke the language in public. If asked a question, I would answer in English, hoping those that heard us wouldn’t consider us terrorists. I learned that Americans looked down upon the Arabic-speaking populous.

As I progressed through school, I quickly integrated with a variety of races, learning that being Middle Eastern was not cool. What’s worse, I couldn’t bring Lebanese food for lunch without getting a lesson in adversity. My mother was quick-witted, teaching me how to respond to ignorant comments.

One day, I brought one of my favorite foods, Wareqenab, to school. In English, the dish is called “stuffed grape leaves.” The kids asked why I ate leaves from trees. I went home declaring to never bring foreign food to school.

My mother had me go back the next day and inform my classmates that they too ate leaves from trees. Of course, they passionately denied this. Then my mother had cleverly arranged for the entire class to come over for dinner that evening.

My mother is the only person I’ve met that can plan a successful party in ten minutes. That night about 30 kids, their siblings, and parents floated into our home for an educational party.

While the kids were enjoying their spaghetti, my mother announced that everyone was eating leaves from trees. When they all denied it, she went through a brilliant demonstration of the manufacturing of spaghetti, starting from wheat growing from small plants. Some of the kids even tried some Lebanese food for their first time. It was now cool to eat leaves.

I owe never being a victim of bullying to my mother’s teachings. She would never show hatred or anger to the ignorant. She always educated people with class and charm. She won over everyone with her beauty and personality.

For instance, when my Irish relatives phoned the house, it was clear they never had interest in speaking with her. However, not once did she treat them indecently. She always respected them, speaking highly of them. My father, still an Irish citizen, had to renew his visa. Every six months he would fly back home, never taking my mother with him. Since she didn’t go, I refused to as well.

My parents tried to keep it secret, but I wasn’t blind to my mother crying in her room after a call from Ireland. It was apparent that she wasn’t accepted by our Irish family.

Later on I discovered that my grandparents on both sides didn’t support my parents biracial union. However, my maternal grandparents couldn’t forever resist my father’s charm and integrity, later accepting him as their favorite son-in-law.

And yet, culture clash was a pervading problem, especially after my mum died and my Irish relatives suddenly wanted to know me. I couldn’t care less since they didn’t accept my mother. They didn’t accept 50% of me and I simply don’t split in half.

After 9/11, the discrimination became much worse. It became acceptable to openly fear hearing Arabic conversations on a plane. It became okay to speak adamantly against Middle Easterners, America’s newest form of accepted racism. I tried emulating my mother’s way, trying to educate in favor of taking offense.

I think it was more difficult for me than my siblings because I looked Irish. People thought it was safe to openly discriminate against Middle Easterners in front of me. Regular exposure was painful, for though my appearance didn’t match the profile, my identity did.

Though my mother tried to hide it, when anyone mentioned that her skin color was different than mine, she took offense. She would snap back to us, “I don’t have olive skin, I am as white as you!” My mother was beautiful. Her olive skin, brown eyes, and dark, curly hair made her beauty. I’m sad she never saw it herself.

My family was so full of love that outside hate was rarely given more than a few seconds of attention. It made it quite bearable. My mother never allowed anyone to put us down, and my dad believed in ignoring the ignorant, because they weren’t important anyhow.

We kept our chins held high. My siblings and I made being biracial a very cool thing. My beautiful mother proved a protective shield, calmly dealing with adversity and never allowing her temper to surface.

It’s difficult to sum up what my cultural identity is and was, but I will attempt to explore more of the rules and values of gender bias and sexuality in my upcoming three-part series of Cultural Secrets.