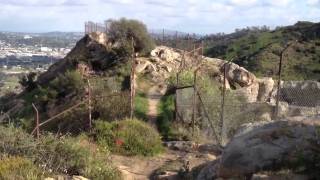 A media liaison from the Los Angeles Police Department (LAPD) told the Canyon News that two men hiking in a remote location in Griffith Parkreported that they discovered a dead body around 3 p.m.

The body was spotted on rugged canyon terrain in the area known as “Bee Rock” in the east side of Griffith Park by the L.A. Zoo and golf course.

According to NBC4 News, the two hikers waved down a park ranger around 1 p.m. when they spotted the body at the bottom of a 300-foot rocky cliff. The area, commonly referred as the “Captain’s Roost,” is used by bicyclists, hikers and active people for outdoor exercise. The coroner’s office reportedly arrived to the scene around 5 p.m.

Griffith Park is one of the largest urban parks in the nation, encompassing 4,310 acres of land with elevations ranging from 384 to 1,625 feet above sea level, according to the park’s website.

The Los Angeles Coroner’s Office told the Canyon News the body has been identified as a 48-year-old Hispanic male who sustained “multiple, blunt traumas” on his body. It is believed the cause of death was due to the victim accidentally falling off the cliff. The Coroner’s Office said they are currently trying to contact the family to confirm the decedent’s identity.