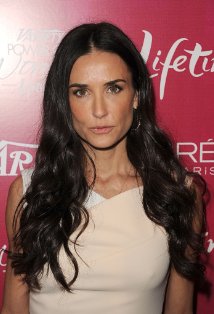 HOLLYWOOD—”Ghost” star Demi Moore has been suffering from serious health issues lately. Based upon reports, Moore was hospitalized for substance abuse. She recently had a seizure before she was rushed to a nearby treatment facility, reportedly for exhaustion and possibly additional reasons. It has been reported that Moore “collapsed after having an epileptic seizure.”

Those closely related to Moore believe that her sudden weight loss and change in behavior was not unrelated to her split from her husband of six years, Ashton Kutcher. Allegedly, Kutcher cheated on Moore with at least one younger woman.

Sources believe that the reason Moore was indeed hospitalized was due to using “whip-its” or “whippets.” The term “whip-its” comes from the steel cylinders filled with nitrous oxide, which are usually found in dentist offices before Novocain injections or dental procedures are given. Reportedly, Moore had been using the whipped cream chargers that are filled with nitrous oxide.

According to Regional Vice President at the Caron Treatment Center in New York, Dr. Harris Stratyner, inhaling nitrous oxide leaves people feeling a euphoric or out-of-body experience. Nitrous Oxide can also be found within whipped cream aerosol cans. The long-term abuse of inhalants may cause weight loss, muscle weakness and lack of coordination, disorientation and inattentiveness, irritability and depression.

Moore has dropped out of the film “Lovelace,” where she was to play Gloria Steinmen. “Sex and the City” star Sarah Jessica Parker replaced Moore in the film.

In April 2011, Moore and Kutcher launched the “Demi and Ashton Kutcher Foundation” a non-profit organization, non-governmental organization that is aimed at fighting child sexual slavery. The foundation’s first campaign was “Real Men Don’t Buy Girls.” Their involvement in the foundation is to provoke discussion, raise awareness and create urgency.