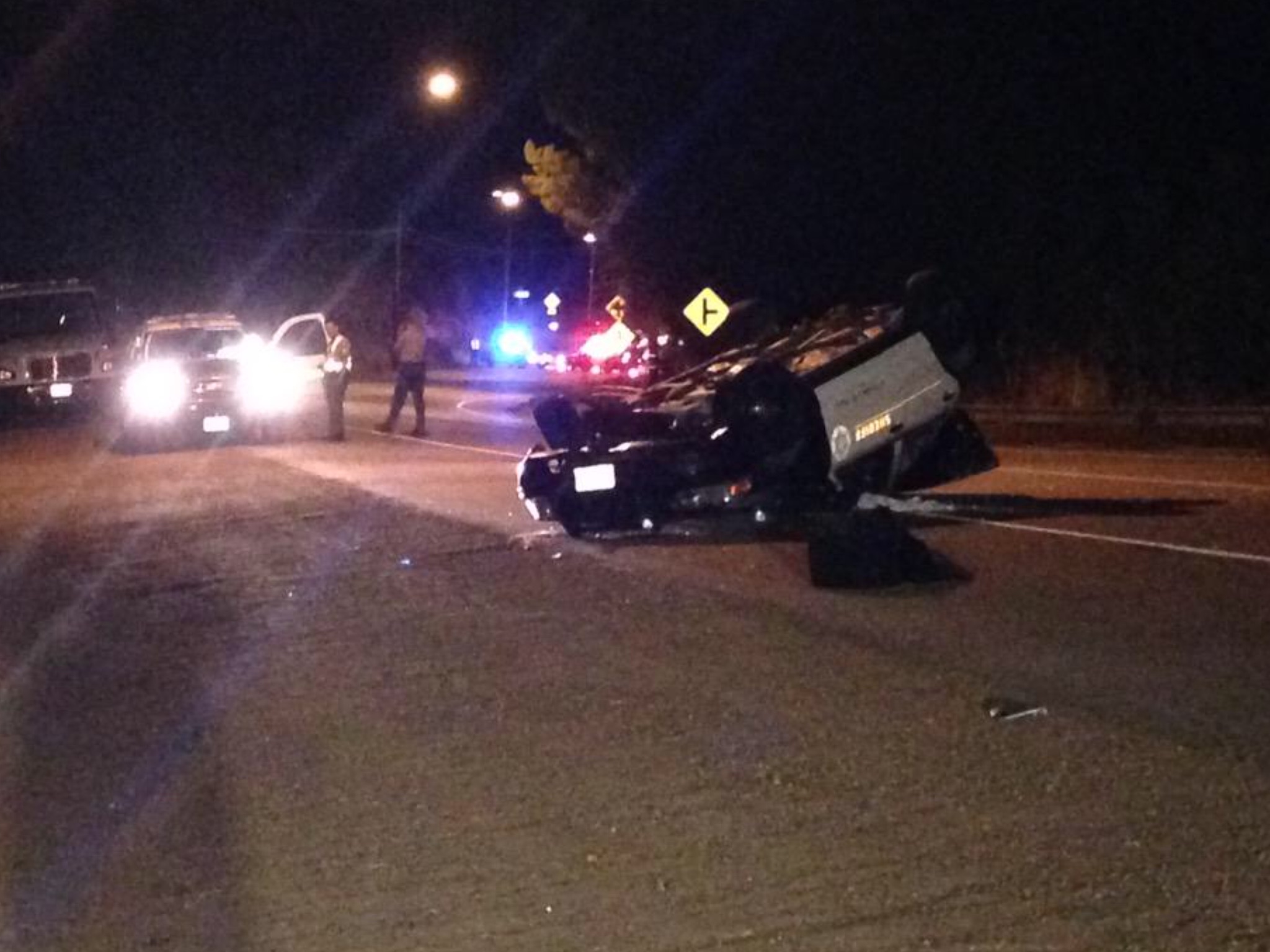 MALIBU—A single-car accident in which a patrol vehicle crashed and overturned in Malibu hospitalized a pair of Los Angeles County Sheriff’s deputies Sunday, May 24.

The accident occurred at 6:45 p.m. while the deputies were responding to a report of bottles being hurled into Pacific Coast Highway traffic.

The patrol car’s lights were flashing as its sirens were activated, when the vehicle struck a guard rail near Latigo and Kanan Dume roads. After colliding with the rail, the car spun out of control and overturned on the side of the road.

The wreck prompted a response from fellow deputies and Los Angeles County firefighters, who briefly treated the wounded officers before they were airlifted from the scene of the crash to a local hospital.

None of the deputies’ injuries were deemed life threatening. Officials are still investigating the exact cause of the accident.