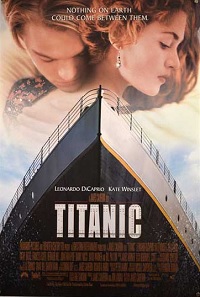 My answer to that question is no.  There are countless films that open with huge numbers, but turn out to be some of the most uninteresting and pointless films ever.  The primary reason many films open with huge numbers is audience anticipation for the film.  Studios know that marketing a film the right way can drive audiences to the theater.  Countless TV spots, theatrical trailers, movie posters (magazines, online and in theaters), public appearances from stars of the film —whatever can drive people to see a film, studios are willing to do.  Take for example the 2010 film “Valentine’s Day.”  It starred almost every A-list celebrity in Hollywood, from Julia Roberts to Taylor Lautner.  It grossed more than $60 million at the box office opening weekend, but ultimately ended up being a film with a bunch of stars and no actual story. It was a waste of moviegoers money.  The following week the film saw a huge drop at the box office.

Recently the film “A Nightmare on Elm Street” opened in April and grossed more than $33 million opening weekend; fairly strong numbers for a horror film by all standards in Hollywood.  The following week the film saw a steep drop at the box office by more than 72 percent, grossing a little more than $9 million in its second week.  So while viewers paraded the multiplex the opening weekend, word of mouth quickly spread that it wasn’t a great film and the numbers significantly dropped.  Many people probably wished they’d had known that before wasting their money.

There are some films where the box office clout is a strong indicator of a superior film.  Having studied cinema and box office numbers for quite some time, I’ve only noticed about four films that have really delivered sensational numbers at the box office and turned out to be fantastic films.  Let’s start with two epic films (both masterpieces of director James Cameron) “Titanic” in 1997 and the highest grossing film of all-time “Avatar.”  “Titanic” ultimately reached the pinnacle of more than $600 million domestically, while “Avatar” peaked out at about $740 million.  “Avatar” opened with a strong $77 million opening weekend, and in its second week it only dropped 2 percent grossing more than $75 million. It continued to earn a steady income at the multiplex throughout the weeks.  The buzz for “Avatar” spread similar to “Titanic” where the word of mouth sensation had moviegoers seeing the film a second or third time.

Then you have the M. Night Shyamalan’s 1999 thriller “The Sixth Sense,” which went on to be nominated for several Academy Awards and grossed more than $290 million domestically.  The film grossed $26 million opening weekend, and kept strong numbers throughout the weeks at theaters as viewers returned to see what they initially missed during the first viewing.  Perhaps the pinnacle of all films would be Christopher Nolan’s 2008 epic “The Dark Knight.”

The film holds the highest three-day opening weekend with $158 million.  A record that many films have tried to de-throne, but have been unsuccessful at doing.  The film had a targeted audience with the unexpected death of the film’s star Heath Ledger.  There was so much hype about his performance viewers wanted to see what the buzz was about, earning him a posthumous Academy Award for Best Supporting Actor.  In my eyes, “The Dark Knight” is a prime example of what all films should attempt to do—engage the audience with characters that are layered, yet at the same time we’re so engrossed in the film, the actor/actress who portrays that character is forgotten; we’re fascinated by the character they’re playing, not the person who plays that character.

The lesson to be learned by cinema lovers is don’t focus on box office numbers as an indicator as to whether a film is good or not. The primary focus when seeing any film is its overall plot.  What is this film about?  A film that can entice you with the smallest element is a film that will peak your curiosity in the long run.  The countless advertisements and star attachments to the film should not matter. There are so many films that don’t generate huge box office numbers and turn out to be superb films.  The year 2009 saw several: “Precious: Based on the novel Push by Sapphire,” “State of Play” and “The Hurt Locker” to name a few. Choose your films wisely, based on subject matter and not numbers or star quality.  You won’t be disappointed in the long run.

Eric, Quinn And Carter Romance Mess On “Bold And Beautiful!”