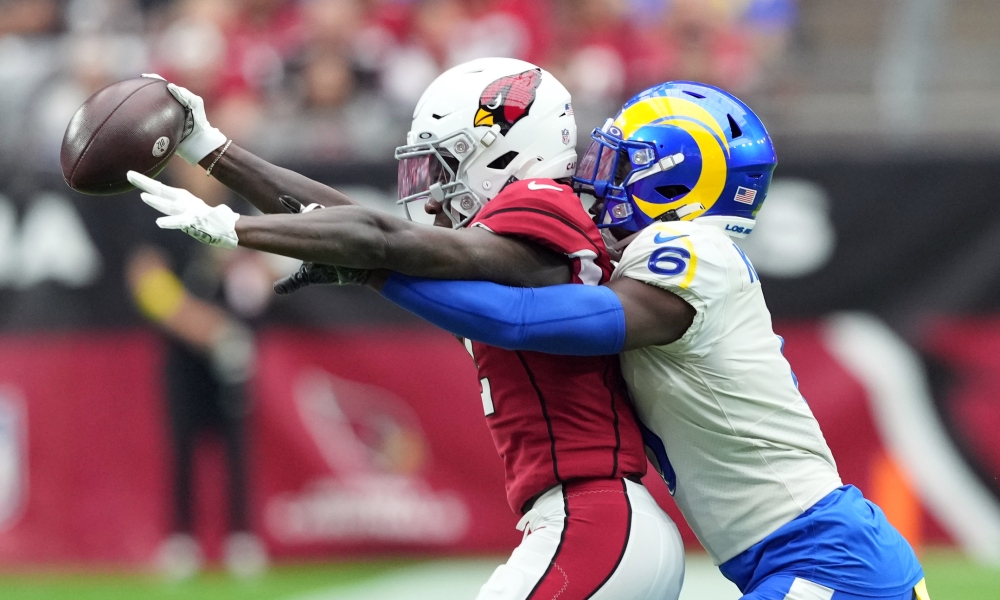 Akers rejuvenated the Rams ground attack with 12 carries for 61 yards, including a 14-yard gallop to the end zone which sealed the victory in this NFC West showdown in the desert.

“Everybody else felt like I lost a step or whatever, but I didn’t. To me, it’s just doing what I do,” said Akers postgame.

Akers and Cooper Kupp both rushed for touchdowns, and the Rams defense held Cardinals QB Kyler Murray in check all afternoon. Aaron Donald became the quickest player in NFL history to reach 100 sacks.

Improving to 2-1 on the young season, the Rams continued their dominance over the Cardinals, winning 11 of the past 12 including the 34-11 victory during the playoffs. The Cardinals reached the red zone four times, but the Rams defense held firm allowing no touchdowns the entire game.

The Rams shutdown the Cardinals allowing only 365 total yards, Murray went 37 of 58 passing for 314 yards.

From kickoff, the Rams dictated the tempo and controlled the game. Early in the first quarter, a blocked punt led to a field goal by Ram’s kicker Matt Gay- putting them ahead 3-0.

Rams Quarterback Matthew Stafford completed 18 of 25 passes for 249 yards in the victory. Head coach Sean McVay described it as a “weird” game. McVay felt the Rams should have put the game away earlier, but didn’t capitalize on opportunities that allowed the Cardinals to stay in the game.

“There are no style points in this game, but there are ways to play more complete games. That’s what we’re hunting,” said McVay.