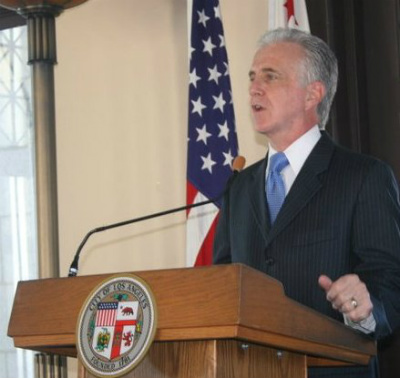 LOS ANGELES—On Tuesday, January 3, the Los Angeles City Council voted 11-2 to transfer the authority to conduct neighborhood council elections in 2012 from the city clerk’s office to the Department of Neighborhood Empowerment (DONE).

Second District Councilmember Paul Krekorian, who represents Sherman Oaks and Studio City, successfully proposed that the city attorney draft an ordinance to relieve the city clerk of this administrative duty. This is so that the clerk’s office is not in breach of the law when it cannot hold elections this year, as the city’s budgetary crisis has precluded any funding for such an effort.

Once the authority is transferred to DONE, the department will report back to the council recommendations for how to run the elections. Neighborhood councils that were to due to have elections starting in April still have the option of selecting their new members via a caucus-like process.

Krekorian said that the ordinance was necessary so that elections this year could take place at all. The alternative course was adopting an ordinance prepared by the city attorney proposing that elections be canceled and that current members’ terms be extended until 2014. This would lead to extensive defections by members, he said.

Though Krekorian wanted to keep the discussion focused on alleviating the city clerk’s office of unfunded election duties, Seventh District Councilmember Richard AlarcÃ³n was concerned that the ordinance does not factor in a budget for DONE. This would be necessary to empower the department to conduct elections correctly, he said.

Twelfth District Councilmember Mitchell Englander argued that even if DONE had a budget, the department would not be able to run elections in a more cost-efficient manner than the city clerk’s office, as Krekorian suggested, on top of its own workload. Englander, who indicated that the budget issue cannot be resolved by simply passing the buck, wanted to wait for results of a survey of the neighborhood councils to get their input before moving forward.

AlarcÃ³n and Englander were the two opposing votes to Krekorian’s proposal.

Miguel A. Santana, L.A. city administrative officer, said that there was no money for either option given the city’s $72 million budget deficit during this fiscal year, which will impact city services across the board. Santana said that DONE funding could come from the $40,500 the 95 neighborhood councils each receive to fund their community programs.

The city clerk’s office spent $1.3 million on neighborhood elections in 2010. DONE has proposed to the mayor that it can get the job done for $650,000.