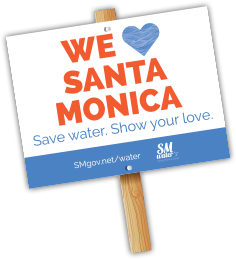 SANTA MONICA—The city of Santa Monica is setting an example for  water conservation despite close to 60 percent of the state of California suffering from drought conditions. Santa Monica recorded 23 percent savings in water production in the month of December with the city’s cumulative savings standing at 20 percent.

With recent rains, the city is on track to reach its monthly average of 2.84 inches. Between January 1 and January 11, Santa Monica received 1.48 inches of rain. February being the wettest month of the year, averages 3.44 inches of rain.

Pacific storms in the recent weeks filled rivers and few snow showers in the Sierras impacted drought conditions in those areas.

The city of Santa Monica does not plan to release a list of customers who have exceeded their limit, but residents can waive their ticket if the city auditor visits their home and makes recommendations on methods to cut down water usage.

Santa Monica relies on 80 percent of its water supply from local groundwater sources. It takes 6 months to see measurable impacts after the rainy season.