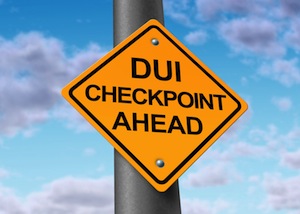 MALIBU—Police have arranged for a DUI checkpoint at an undisclosed location on Saturday, December 14 from approximately 7 p.m. to 3 a.m.

Malibu and Lost Hills police officers are conducting a checkpoint to screen for those suspected of driving while under the influence of alcohol and/or drugs. Police will also be checking drivers for proper licensing.

The Los Angeles Sheriff’s Department states that the chosen locations for DUI Checkpoints are based upon collision statistics and frequency of DUI arrests so that officers “have the greatest opportunity for achieving drunk and drugged driving deterrence” while taking into account safety concerns for the officers and the public.

Avoid the 100 DUI Task Force is an aggressive campaign launched by Los Angeles County police, sheriffs and county highway patrol to reduce the amount of alcohol or drug-related traffic accidents that are endemic to the holiday season. Operations will be held from Friday, December 13, 2013 to Wednesday, January 1, 2014 and will include 66 DUI/Driver’s License Checkpoints, 201 local roving DUI Saturation Patrols, “several” Multi-Agency Strike Teams, 14 DUI Warrant/Probation Sweeps and two DUI Court Stings that will target suspended drivers ordered by a judge to not drive.

According to the National Highway Traffic Safety Administration, 505 Californians were killed and thousands seriously injured in the past five months of December from 2007 to 2011. For the year 2011, DUI crashes claimed the lives of 774 Californians.

“The December holiday season is the ‘most wonderful time of the year,’ and we are going to keep our roads safe for travelers heading to visit friends and family,” said Glendora Police Chief Rob Castro. “This holiday, if you choose to drive drunk, we will be looking for you, we will stop you, and you will be arrested.”

The Los Angeles Sheriff’s Department states that drivers caught driving impaired by drugs or alcohol can expect jail, license suspension, higher insurance rates, as well as fines, fees, DUI classes and other unanticipated expenses that can exceed $10,000. More importantly, drunk or drugged drivers put their own lives and others in risk of death or serious injury when behind the wheel.

Los Angeles County law enforcement wants to remind the public that there is no safe amount of alcohol while driving. If you will be drinking, plan beforehand how you and your party will be getting back home. Designate a sober driver, call a taxi, use public transportation, call a sober friend or family member or call a local sober ride home program. Don’t let someone under the influence get into a vehicle and drive and report any impaired drivers on the road to police.