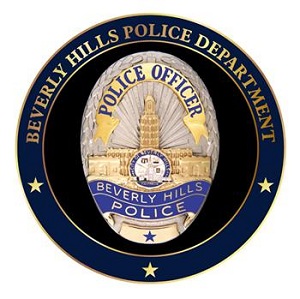 BEVERLY HILLS—Between 6 p.m. and 11 p.m. on Wednesday, March 17, the Beverly Hills Police Department will be setting up a DUI Checkpoint along the southbound side of La Cienega, within the stretch of road located between Olympic Boulevard and Gregory Drive. The DUI Sobriety-Drivers License Checkpoint will be in operation between 6 p.m. and 11 p.m.

March 17 will mark St. Patrick’s Day, a holiday celebrated in the United States with revelry, and traditionally with alcohol.

The Office of Traffic Safety and Mothers Against Drunk Driving are partners in the city’s efforts to cut down on drunk and unsafe driving.

Lieutenant Tony Lee notes that such tools as DUI checkpoints and saturation patrols and the deployment of DUI-enforcing officers are adding up to the creation of a safer Beverly Hills.

According to the BHPD, it is hoped that local drivers observing St. Patrick’s Day will do so in a safe manner.

The purpose of the police checkpoint is to identify and detain drunk drivers and other drivers who may pose a clear threat on the road. Officers will be checking for sobriety and for proper licensing.