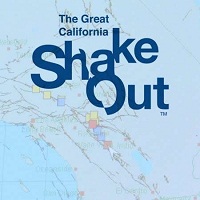 PACIFIC PALISADES—Two minor earthquakes of magnitudes 2.1 and 2.0 slightly rocked Pacific Palisades as well as the Long Beach and Inglewood areas on Friday, October 29, as reported by the U.S. Geological Survey.

At 9:27 p.m., an earthquake of 2.1 magnitude hit the San Pedro Channel, located about 20 miles south of Long Beach, but residents of Pacific Palisades reported to have also felt the quake. The quake occurred by the Palos Verde Fault Zone.

The USGS Public Information Specialist Susan Garcia said these “friendly earthquakes” remind people to be prepared for when the “big one” hits.

“If you live in California, you live in earthquake country,” Garcia said to Canyon News. “It reminds people to take action and be prepared.” In the past seven days, there were six earthquakes in Southern California, all minor of course.

The pair of quakes comes two weeks after millions participated in the “Great California Shakeout.” The annual statewide event occurs on the third Thursday of October each year, designed to educate the public about how to protect themselves during a large earthquake and how to get prepared.

Approximately more than 2.8 million from Los Angeles County registered for this year’s Great Shake Out, and 7.9 million people participated statewide, more than any previous Shake Out. Millions of families, schools and organizations participated.

For information on how to prepare for earthquakes and to read testimonials on participants of the Great California Shake Out, visit shakeout.org.