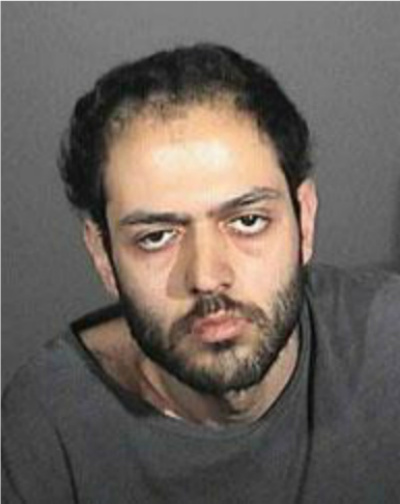 MALIBU—A San Fernando Valley man currently sits in a cell at the Twin Towers Correctional Facility in Los Angeles awaiting the start of a trial on January 17 in which he will fight a second-degree murder charge related to the death of an eighth grade Malibu High School student he fatally hit with his vehicle in 2010 on the Pacific Coast Highway.

According to the criminal complaint, 28-year-old Sina Khankhanian, who gave arresting Los Angeles sheriff’s deputies a Winnetka, Calif. address, used his Malibu Lancer 2008 as a deadly weapon against 13-year-old Emily Rose Shane while she was walking home on the right PCH shoulder near Heathercliff Road on April 3, 2010. The latter street has since that time been given the surname “Emily Shane Way” in her memory.

California Penal Code Section 190(d) states that Khankhanian would face 15 years to life in state prison if convicted of the charge of second-degree murder, which is broadly defined as any murder that does not involve heavy weapons fire or perpetrated in the course of committing another violent crime. Bradley Brunon, Khankhanian’s attorney, previously told Canyon News that his client was not aware of Shane’s presence when he lost control of the vehicle, which ended up sliding 130 feet and hitting her. It was allegedly traveling 70 miles per hour at the time.

Brunon unsuccessfully tried via a motion last September to get the second-degree murder charge reduced to gross vehicle manslaughter, which he said pertains to individuals not being consciously aware that their actions are dangerous to the lives of others. Conviction for this lesser charge entails a sentence of anywhere from two to 10 years in state prison. But Judge Katherine Mader said she did not have the authority to add this charge. And a couple of plea deals from both sides for lesser time have not been fully embraced.

Though Brunon admits that Khanakhanian’s driving was grossly negligent when his vehicle struck Shane, he argues that his client’s diagnosed autism makes it so that he cannot recognize the consequences. He also argues that there is no evidence to prove otherwise.

Mader maintains that there is ample evidence with which to sustain the murder charge. Prosecutors allege that Khanakhanian attempted suicide when he veered off the PCH road, hit Shane, then a power pole. The Malibu Lost Hills Sheriff’s Station said in a 2010 news release that their preliminary investigation at the scene indicated that the driver deliberately caused his vehicle to crash.

A police officer later testified that a suicide note was found written by the man in question relating that he was upset about losing his job and about a breakup with his girlfriend. Though an allegedly confrontational Khanakhanian told a firefighter at the scene that he wished he was dead and that Emily died, he never expressed an intent to run her down, according to a sheriff’s deputy.

Terry Goldberg, an attorney who represents Shane’s family, faulted in a lawsuit against the State of California and Los Angeles County unsafe PCH conditions and delayed police response to Khanakhanian’s driving as contributing to Emily’s death.

Michel Shane, Emily’s father, related via the Emily Shane Foundation website that the trial at the Airport Courthouse on the eighth floor will last three weeks. It will involve two sessions a day from 10 a.m. to 12 p.m., and again from 1:30 p.m. to 4 p.m. He asks people to attend the proceeding if possible to show support for his daughter.

Why Education Franchises Are A Compelling Business Opportunity Right Now