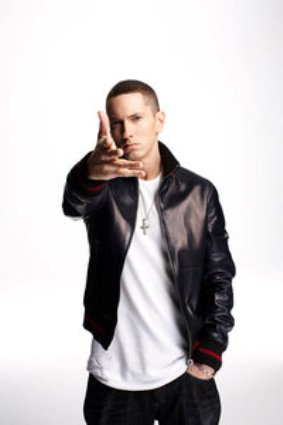 HOLLYWOOD—The 53rd Annual Grammy nominees were announced during a live concert hosted by LL Cool J on Wednesday, December 1, at the Nokia Theater in LA.  Leading this year’s pack of nominees is rapper Eminem with 10 nominations including Album of the Year for “Recovery.”  Following closely behind is pop sensation Bruno Mars with seven nominations.  Jay-Z, Lady Gaga and Lady Antebellum each tied for six nominations. Eminem faces tough competition in the Album of the Year Category against Arcade Fire “The Suburbs,” Lady Antebellum “Need You Now,” Lady Gaga “The Fame Monster” and Katy Perry “Teenage Dream.”

The nominees for Record of the Year include Eminem feat. Rihanna “Love The Way You Lie,” Cee Lo Green “F*** You,” Lady Antebellum “Need You Now,” B.o.B. feat. Bruno Mars “Nothin’ On You” and Jay-Z feat. Alicia Keys “ EmpireState of Mind.” This category will be a tough one for Grammy voters.  At the moment, I’d say it’s a very close race between Jay-Z for his unforgettable anthem “Empire State of Mind” and Cee Lo Green for his ubiquitous hit that took the music world by surprise, but watch out for “Need You Now,” which was a breath of fresh air.

Nominees for Best Pop Vocal Album include Justin Bieber “My World 2.0,” Susan Boyle “I Dreamed A Dream,” Lady Gaga “The Fame Monster,” John Mayer “Battle Studies” and Katy Perry “Teenage Dream.” Look for this race to come down to two artists: Lady Gaga and Susan Boyle.  Best Rock Album nominees include Jeff Beck “Emotion & Commotion,” Muse “The Resistance,” Pearl Jam “Backspacer,” Tom Petty and The Heartbreakers “Mojo” and Neil Young “Le Noise.” Best R&B Album contenders include Raheem DeVaughn “The Love & War Masterpiece,” Fantasia “Back To Me,” Jahiem “Another Round,” John Legend & The Roots “Wake Up” and Monica “Still Standing.” With songstress Sade missing from the category it looks like Fantasia and Monica will compete for the top prize.

Eminem faces tough competition in the Best Rap Album category from B.o.B “The Adventures of Bobby Ray,” Drake “Thank Me Later,” Jay-Z “The Blueprint 3” and The Roots “How I Got Over.” Contenders for Best Female Country Vocal Performance include Jewel “Satisfied,” Miranda Lambert “The House That Built Me,” LeAnn Rimes “Swingin,’” Carrie Underwood “Temporary Home” and Gretchen Wilson “I’d Love To Be Your Last.”  Lambert has had an incredible year so far and the success is likely to continue with a win in this category.

With all the nominees of course there had to be a few artists who were forgotten in top categories.  My mind is still boggled by the nominees for Record of the Year.  Lady Gaga was missing for her unforgettable “Bad Romance,” Train for “Hey, Soul Sister” and Katy Perry for “California Gurls.” With so many incredible songs this year not everyone could have made the cut.  The same goes for Song of Year which found Lady Gaga, Train and Sade who had an incredible year missing from the mix.  Both Lady Gaga and Katy Perry were surprises in the Album of the Year category that I didn’t see coming.

Sade was also missing from the Album of the Year category though many expected the songstress to capture a nomination for her triumphant return with “Soldier of Love.”  I’m surprised that Rihanna didn’t nab a nomination or two for her catchy single “Rude Boy,” which was a hit on the charts for weeks, possibly the biggest surprise was that Ke$ha was completely shut out amidst her massive hit “Tik Tok” last year.  That’s what we love about the Grammys they’re so unpredictable.  Set your calendars for Sunday, February 13, 2011, when the 53rd Annual Grammy Awards will air live on CBS from theStaple Center in Los Angeles.  Any guesses as to who’ll be the night’s big winner?