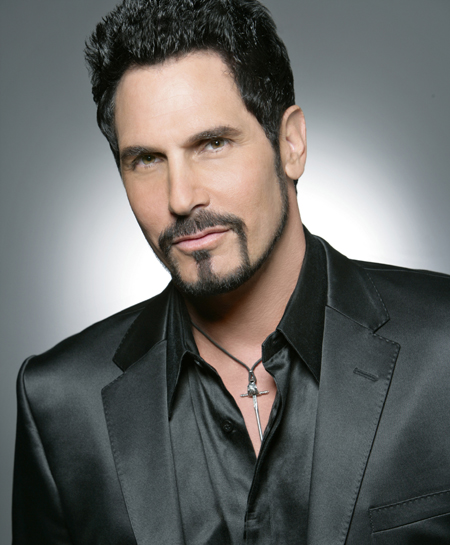 HOLLYWOOD—With the year coming to a close, many of daytime’s biggest fans and industry insiders alike are pondering our dream Emmy ballot. This year has been a remarkable year with so many incredible performances that it was difficult to pick the three men, who in my opinion, performed so brilliantly that they should not be overlooked for an Emmy nomination. All three of these men have been overlooked far too long, but this year hopefully will bring news that their dynamic and diverse performances deserve an Emmy nomination, at the very least, and an Emmy win hopefully for one of them in 2011.

Jack Wagner, who is the handsome star of CBS’s “The Bold and the Beautiful,” defines talent. The handsome former “General Hospital” and “Melrose Place” star transitioned to the high paced writing style of uber talented Holmby Hills-based scribe, Bradley P. Bell without any hiccups. Just this year Jack’s character, Nick Marone, lost his child and his wife, now he’s in love with surrogate mother Aggie, who fans still expect to have some big surprises in store for the handsome Marone scion.

Wagner’s body of work is incredible and some of his best scenes this year were opposite Lesley-Anne Down, Susan Flannery and Ashley Jones. What makes Jack such a delight to watch daily is the freshness of his performance. He is far from a lazy actor, and he can always be counted on to give a great and exciting performance every single day.

Doug Davidson has portrayed Paul Williams on the number one rated daytime drama “The Young and the Restless” for close to three decades. The handsome blond star has been consistently rated the best by TV Guide’s Michael Logan and this reviewer for years. Doug gives such an understated performance without the frills and flash that many stars become known for. He is best described as a solid actor, a gentleman and enormously talented. Davidson’s great body of work throughout 2010 puts him on my short wish list for Emmy nominated leading men.

Then there is Don Diamont, who portrays Bill Spencer on “The Bold and the Beautiful.” After decades on “B&B’s” sister soap “Y&R,” Diamont changed his dressing room to the other side of the William J. Bell Studios, and within weeks became so amazing as the young Bill Spencer that we almost forgot one of the most beloved characters ever on daytime TV, Brad Carlton. Diamont is perhaps one of the most underrated actors in the industry. When he’s on the screen, all eyes are on him. Female viewers light up whenever they meet the always charming star. Male viewers all wish we could be Don or Bill.

These three amazing actors are on anyone’s short list of stars you want to watch on their soaps. Perhaps part of their charm and what makes them so special are the two creative geniuses who created all the drama for their characters. Bel Air resident Maria Arena Bell, who helms “Y&R” and Bradley P. Bell who helms “B&B” are two of the best in the history of the industry. Their talents and accomplishments follow no one’s. They are in a league of their own.

The 2011 Daytime Emmy awards will air in June.