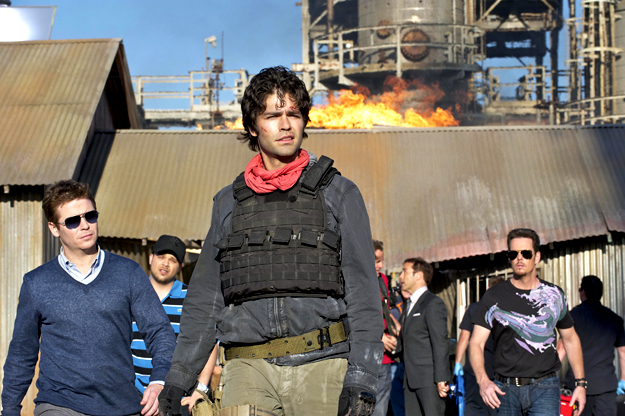 During a chance run-in with Queen Latifah, Ari found out that Amanda Daniels may have landed a deal he’d coveted. Is it me, or does Queen Latifah belong on this show? At least one viewer agrees. Susan Wilkerson tells Canyon News, “I was surprise to see Queen Latifah tonight. It adds such authenticity to the show having real stars appear in cameos.” Jeremy Piven’s great performance opposite the Oscar-nominated actress and singer was fun to watch. Eric who is currently torn between trying to keep Vince out of jail and his other clients working, tried to get Drama on board for Billy Walsh’s series. Even Eric’s assistant Jennie (Janet Montgomery) pitched in to help persuade him.

Turtle’s efforts to find financial backing from Mark Cuban landed him in hot water with his Mexican boss. Turtle is a man with great intentions who also finds himself in dire situations because he’s desperate to find success and the American dream. The episode was written by Ally Musika, and directed by Kevin Connolly.