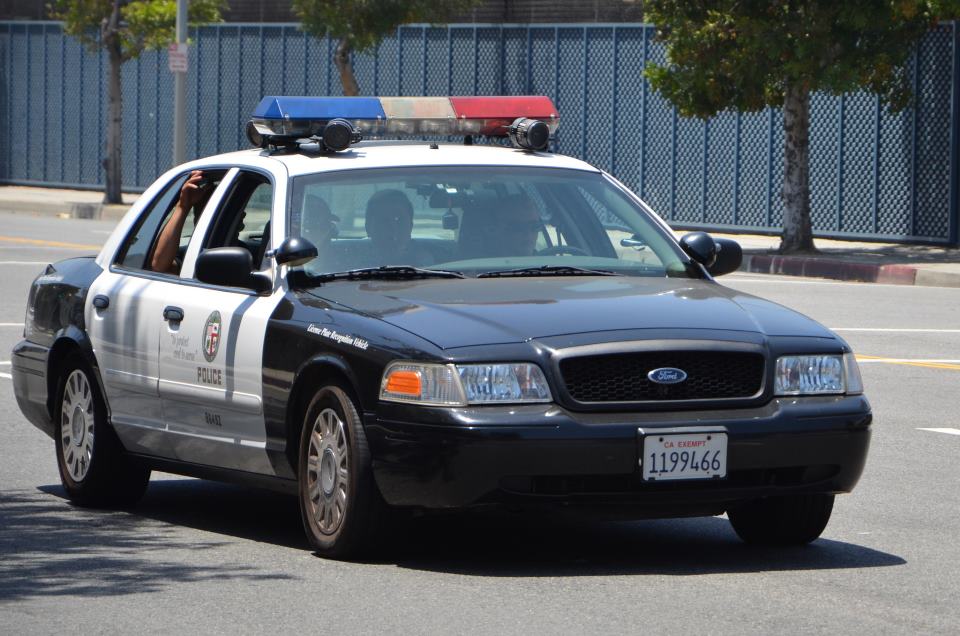 MELROSE—Detectives with the Los Angeles Police Department Robbery-Homicide, with the help of detectives from the Gang and Narcotics Division Marshall’s Task Force, have arrested, Eric Watts, 31, of Oakland in connection to several robberies in the Los Angeles Area. Watts was identified by DNA evidence, as well as surveillance video and other evidence linking him to the crimes. Two of the robberies Watts was identified in transpired on Melrose Avenue that led to an officer involved shooting.

The LAPD reported before he was taken into custody, Watts was wanted for a parole violation and had an active warrant since June 2021.

On September 7, Detectives from Robbery-Homicide Division and Gang and Narcotics Division U.S. Marshall’s Task Force worked in conjunction with the Northern District of California U.S Marshal Task Force to locate Watts at a home in Martinez, California. He was taken into custody without incident and a search warrant was conducted by LAPD personnel. He was transported back to Los Angeles and booked into jail for the below listed crimes.

On September 9, the Los Angeles County District Attorney’s Office filed six counts of 211 PC- Robbery for the robberies that occurred in Los Angeles.

During the course of the investigation, Watts was also identified as the suspect in additional robberies in Northern California where police agencies are expected to present additional charges in their jurisdiction.

On May 21 at around 9:30 p.m. a victim stopped at a gas station in the 5100 block of West Washington Boulevard in Los Angeles after visiting another business. He went inside to pay for gas and was confronted by two suspects. Both suspects armed with handguns demanded his property. The victim complied and handed over his watch, cell phone, and wallet. The suspects exited the market area of the gas station and went to the victim’s vehicle and took more property from the victim’s car. The suspects fled with the victim’s property. The estimated property loss was over $31,000.

On May 22 at around 3:30 p.m., the victim parked in the shopping center near the 5500 block of West Pico Boulevard in Los Angeles after visiting a nearby business. A white Lexus parked behind him, blocking him in. Two suspects approached him next to his vehicle. One of the suspects pointed a handgun at him and demanded his Rolex watch. Both suspects went through the victim’s pockets, took his money and car keys. The victim was able to run away from the suspects and retain his watch. The estimated property loss was $500.

On July 5 at around 3:15 p.m., two victims were shopping together on Melrose Avenue in Los Angeles. While they were inside a jewelry store on the 7300 block of Melrose Avenue, two suspects entered the store while armed with handguns. They demanded their property. They took the victims’ watch, purse, and a handbag. The suspects walked out of the store with the victims’ property and drove away in a nearby vehicle. The estimated property loss was over $70,000.

On July 14 at 6:45 p.m., the victim and two friends were shopping inside a clothing store near the 7800 block of Melrose Avenue in Los Angeles. Two suspects parked a black newer model BMW X5 in front of the store, exited the vehicle, and entered the business armed with handguns. They approached the victim and demanded his jewelry. A struggle ensued in which the victim’s necklace and shirt was removed from his body, the victim ran further into the store, behind the sales counter and cash register. The struggle continued over the victim’s expensive watch he was wearing. The victim’s necklace and ring were taken in the robbery. The suspects exited the business and ran outside still holding handguns.

As the suspected robbery was taking place inside the store, LAPD officers were flagged down for a robbery in progress. An Officer-Involved Shooting occurred as the suspects were exiting the store. During the course investigation, it was determined one of the suspects dropped a handgun while fleeing. The handgun was recovered.

The arrest highlights the extensive investigation and relentless pursuit of violent robbery suspects by Robbery-Homicide Follow Home Task Force detectives. This involved multiple search warrants and cooperation between entities both within the Los Angeles Police Department and outside law enforcement agencies.

Detectives believe Watts is involved in other similar robberies that have occurred in Southern and Northern California that have gone unreported. In an attempt to identify additional unidentified victims, detectives are releasing Watts’ photo.

Tipsters may visit www.lapdonline.org, and click on “Anonymous Web Tips” under the “Get Involved-Crime Stoppers” menu to submit an online tip and can download the “P3 Tips” mobile application and select the LA Regional Crime Stoppers as their local program.