The report indicates that Omar could be guilty of perjury, immigration fraud, marriage fraud, tax fraud (both federal and state), student loan fraud, and a breach of the code of ethics.

David Steinberg, Preya Samsundar, and Scott Johnson are investigative reporters who have been investigating Omar for the last three years.

Omar was an immigrant who fled her native country of Somalia to seek asylum in the U.S. and settled in Minnesota in 1997.

Ahmed Abdisalan Hirsi and Ilhan Omar married in 2002 and allegedly separated in 2008. The couple had two of their three children during this time period. 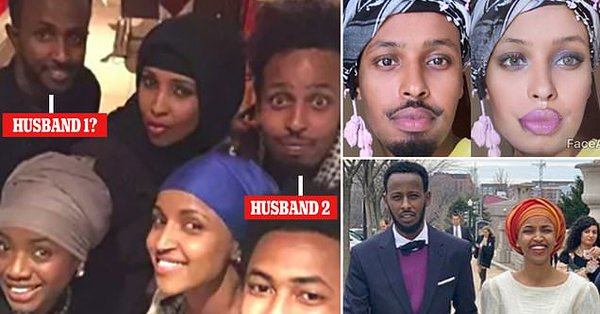 Omar allegedly married her brother, Ahmed Elmi in Minneapolis in 2009. According to reports, the marriage was for Elmi to gain citizenship. 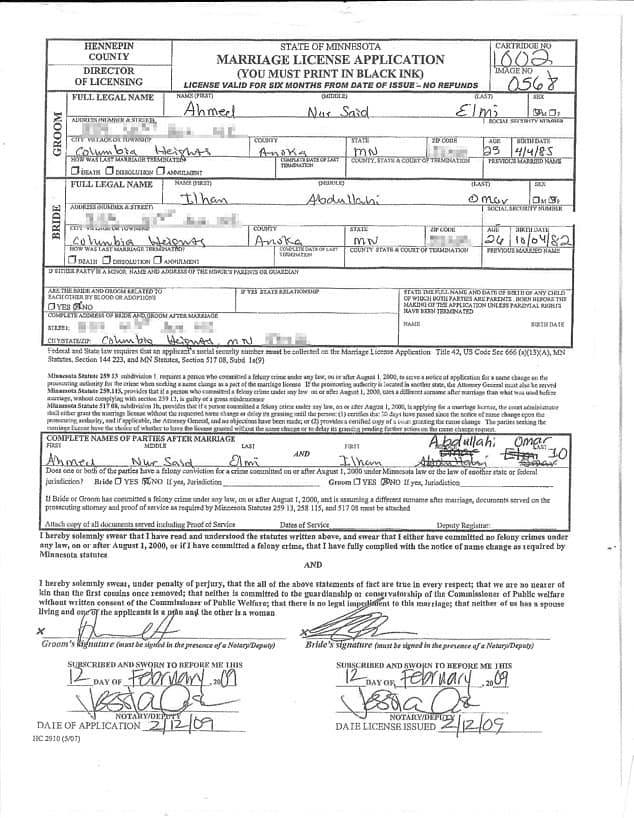 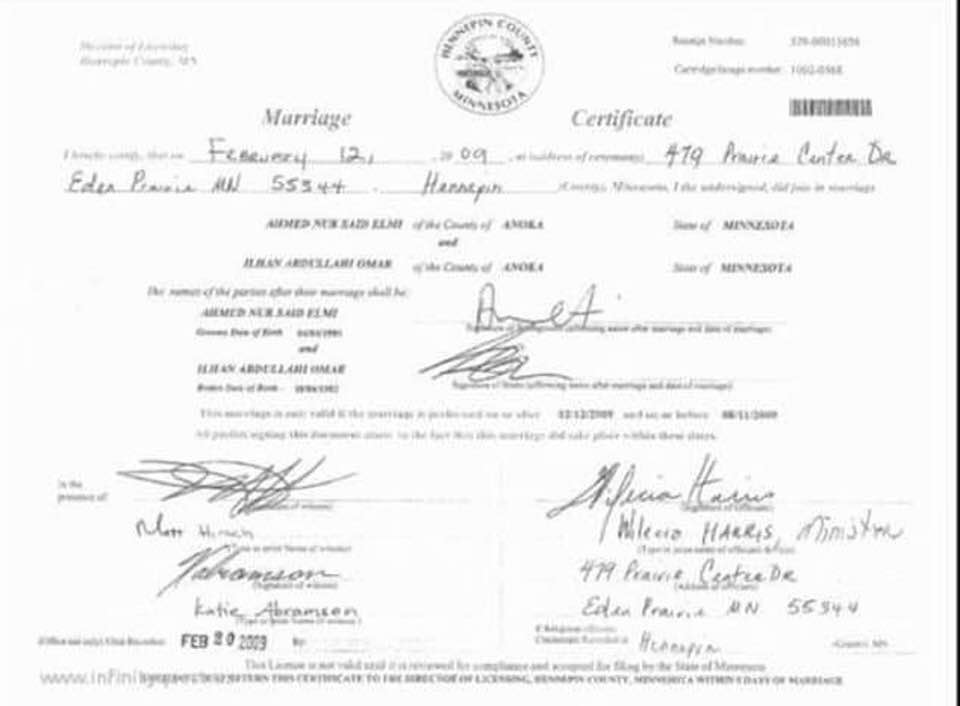 Omar responded to reporters inquiring about her relationships publicly stating that she was legally married to one man, while culturally married to the other.

Records indicate that Elmi married his biological sister,  Ilhan Omar in 2009.  The couple allegedly divorced in 2017. It has been cited in the Judicial Watch report as being investigated as an illegal immigration scheme.

“In the course of that divorce, Ms. Omar submitted an ‘Application for an Order for Service by Alternate Means’ to the State of Minnesota on August 2, 2017, and claimed, among other things, that she had had no contact with Ahmed Nur Said Elmi after June 2011. She also claimed that she did know where to find him. The evidence developed by Mr. Steinberg and his colleagues demonstrates with a high degree of certainty that Ms. Omar not only had contact with Mr. Elmi but actually met up with him in London in 2015, which is supported by photographic evidence,” said Tom Fitton.

Being married to two people at the same time is against the law in the state of Minnesota. Photos show Elmi as a citizen in the UK. Omar and Hirsi reconciled and had a third child.  State taxes were reportedly filed by Omar, while married to both husbands.

The misuse of campaign funds is public knowledge that was reported in late June 2019.  Congresswoman Omar was court-ordered to reimburse the campaign committee the $3,500, for funds that were improperly used and pay a $500. fine.

“The evidence is overwhelming, Rep. Omar may have violated the law and house rules. The House of Representatives must urgently investigate and resolve the serious allegations of wrongdoing by Rep. Omar. We encourage Americans to share their views on Rep. Omar’s apparent misconduct with their Congressman,” added Fitton.