UNITED STATES—The evolution of celebrating a New Year with food is something that every culture shares, even if their calendar day is something other than January 1!

Women would cover their bodies with dye and makeup, men wore charms and preformed rituals, both would attend alcohol-laden feasts, says Dr. Shaw.

The actual day of the event is based on the sunrise, so it is different every year, and in different places. During the feast, food was abundant; fish, eggs, roasted vegetables, and wheat bread. Coconut, figs, and dates were not as common so much like us today, they would have been a special dish to the non-royals.

Think of recipes you can make with the common methods of the time: open flame or clay pot. Read Zarifa’s How to Plan an Egyptian Feast for more info!

Also in BC, Babylonian Akitu was a festival full of activities that celebrated both the king and the sowing of their staple crop, barley. This made their New Year in March or April: differing around astrological signs and weather. Babylonian festivals didn’t only signify a New Year, but a clean slate for the King of that time. Besides feasting, other activities included ancient purification ceremonies and the King going through the ritual of being “hit and forced to knell.”

There seem to be no shortage of foods, so the limitations to a Babylonian feast would have been the cooking and storage methods. I read that they ate beef, pork, sheep and goat; many different types of meats lead to a large possible selection on the feast table. They also ate melons, plums, prunes and dates with their barley bread. As with the other ancient cultures – garlic and onion were already much used.

In the end of BC, early AD – Persia’s “Nowruz,” was created. Meaning New Day, it was made an international holiday by the UN General Assembly in 2010 because of the many countries, largely Persian, that share this holiday, including: Afghanistan, Albania, Azerbaijan, the Former Yugoslav Republic of Macedonia, India, Iran (Islamic Republic of), Kazakhstan, Kyrgyzstan, Tajikistan, Turkey and Turkmenistan.

Although the Nowruz New Year is celebrated in March, the holiday has many different customs, such as cleaning, then visiting loved ones. Other forms of revelry are common for the 13 days, including: dying eggs, enjoying bonfires, banquets, and rituals. 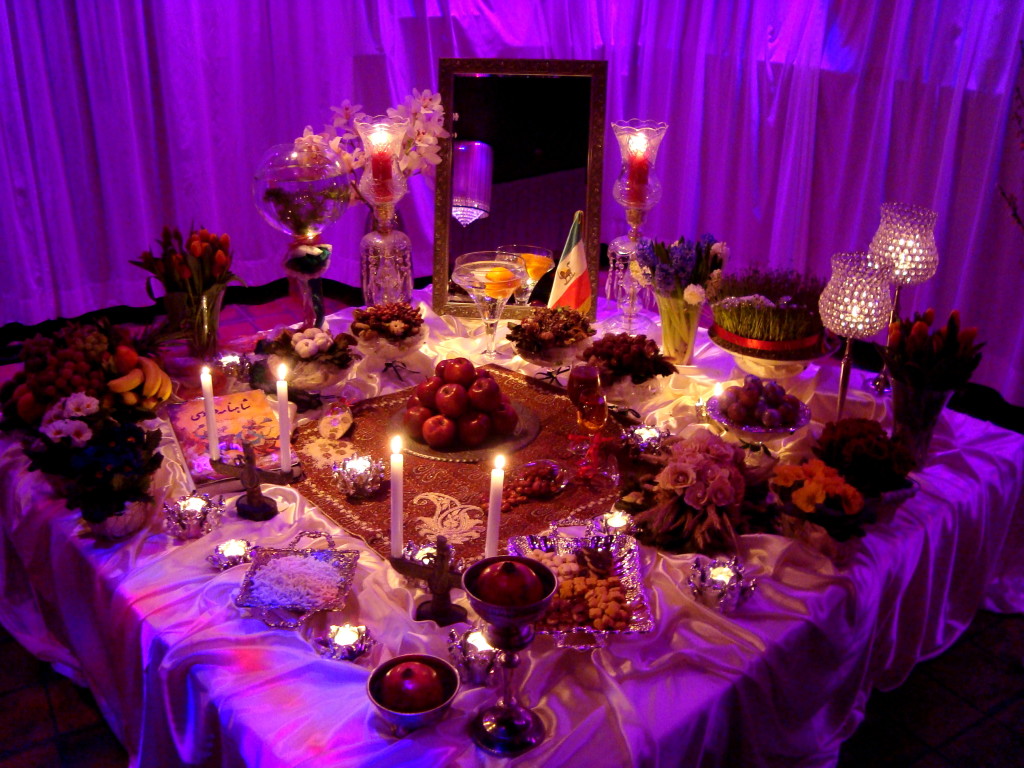 In the 16th century Christians celebrated the Circumcision of Christ on January 1st, celebrated as the first time he shed blood and in accordance with Moses law of being circumcised. It began by staying up all night on Dec. 31 with feasting and hymns. In later centuries the name was changed and it became the Solemnity of Mary, Mother of God, a liturgical celebration.

Many of these customs have one thing in common, that the New Year should be celebrated with alcohol and revelry. According to history.com archaeologists in Egypt have discovered enough to validate the claim that in Ancient Egypt, the whole month of January was a “Festival of Drunkenness.”

At this point in our evolved intelligence, we know how many people die from drunk driving. This causes many people to leave the keys at home and instead opt to walk drunk, but now that has been shown to be unsafe. New York University School of Medicine informed us in a 2012: “Intoxicated pedestrians frequently cannot fulfill the perceptual, cognitive, and physical skills required to cross safely in the complex traffic patterns seen in most urban cities.”

With so many strange customs around the world, you may be looking to learn something new, or add a boost of culture to your own lackluster holiday season!

If you are anything like my family, you have been in America so long that you are blended away from any one distinct culture. For so long that a family can become tradition-less, with the exception of typical American holidays. I propose it is time to start NEW American traditions!

Let’s all try something NEW to eat on the first of each year!

Try scheduling a vacation for the week between Christmas and New Year Day instead of your normal spring break, then you will be eating food in a different region. On January 1st go to eat in a place NEW to you, or even a NEW food instead of the same old thing you always order.

The important thing is to embrace something New, as an evolved New American tradition!