UNITED STATES—Just as a child will push to see what they can get away with: sometimes I throw random thoughts out to see if it sparks an opinion. Maybe it’s because I need to be put in check or perhaps its just to gather a public consensus, wanting to know what you are thinking.

I was surprised that people responded favorably to the idea of closing zoos to the public, making me want to change this column name to ‘DE-Evolution Of,” just for this week.

As you all know, Zoos are a hot topic right now because of the recent GORILLA TRAGEDY. We have had many prior to that, though: TRAGEDIES AND TRAVESTIES.

With the growing problems in zoos, aquariums, and even roadside attractions containing animals – it is time to stop the bureaucracy and limit the amount of zoos in America, as well as people using discretion to determine the well-being of animals.

In fact, although I know I will take some heat for this, but I propose only Uncle Same should own and operate zoos, no matter who thinks privatization is the way. No more public entry. Only organized school or youth groups allowed, for both the protection of the animals and to stop those who profit greatly off these scenarios.

Museum-like areas per facility, selling souvenirs and allowing a virtual zoo experience. 24-7 surveillance webcams on every animals, accessible by every tax-paying citizen of America, from home. People Policeing People!

A checks and balances system to hold everyone accountable, as we know there are people who do what they want in these facilities. It is only natural that we develop a cohesive and structured plan for the caring of these animals that we think we are civilized enough to keep from their natural habitats.

Heck, money can be made too.

For example: “The following batch of frozen salmon treats have been donated by BLAH BLAH fisheries” as 5,000 people watch from their devices at home. Of course we’d add in a “click here for coupon” for the advertisers. 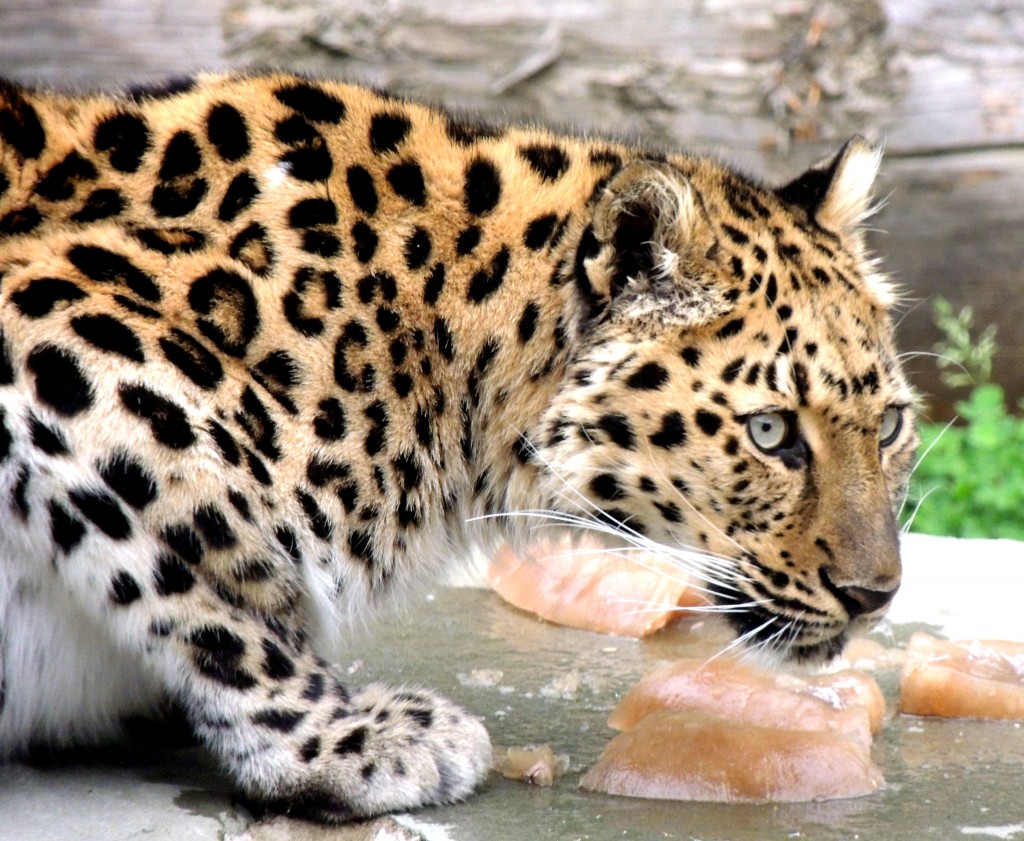 For those who believe we should leave animals in the wild, we cannot do that either.

There are animals near extinction, rebounding ONLY BECAUSE of humans. One such creature: an Amur Leopard named Kalinika (above) was one of only 30 in 2007, until the World Wildlife Fund got involved and now numbers are rebounding!

Around 2200 years ago, the Mihintale Wildlife Sanctuary was created, rumored to be the first sanctuary in the world and conceptualized by the animal-loving Buddha himself! Zoos as an animal institution are integral to programs that save endangered animals.

Click here to read the concerns of scientists who fear the detrimental effect, from ending Seaworld’s killer whale breeding program!

We cannot close ZOOS even if it feels like we MUST.

It is people putting these creatures in danger, so we must do whatever is necessary to protect them from our own kind. Policies and regulations must change, even the inspection process.

Click here to read about the BIG PRODUCTION the process for inspectors seems to be. Done twice per year, it can take 2-5 days to complete. The whole thing screams EXPLOITABLE GOOD OL’ BOY SYSTEM, to me.

Because there will always be the bad that takes advantage of the good.

Our zoos have gone from beautiful places featuring well-cared for creatures, to stories of filth, suffering, and mismanagement by people who see animals as personal (and disposable) property.

Some will take my words out of context. Say I think all zoo people are bad. I will say: No! I wholeheartedly believe that there is still good in the world and they cannot persevere until we clean the cluttered broken bad out of the way.

Those who care about the animals will be glad their facility can continue, no longer worrying about the ever-problematic funding.

On the other hand, the future for those cramming animals in small unsanitary spaces FOR PROFIT to fuel  lifestyle?

We stopped bad men from owning other men. We stopped bad parents from choosing to send their babies to work instead of school. Now we must stop people from ruining animals for profit.

Read about America’s neglected elephants in zoos everywhere. Studies about the mental health of them. PETA’s report on the prison life they live. A**holes committing suicide by creature. It goes on and on and it is TOO SAD for me to continue.

We will regulate everything, even the behaviors of children who come with their class. Since Uncle Sam supports such high numbers of America’s children, it is time to PARENT them too.

We tried our “human rights” and “free enterprise” way, and are failing.

There can be no other way.